The race for the 2022 Presidential elections is officially on.

There are a lot of people who filed their candidacy, but there are true contenders in the race. In my effort to justify which one I would choose, I looked at each of the candidates, and why I think they should or shouldn't be the candidate I will vote for.

It Should Be Ping Lacson

My dad campaigned for Ping Lacson way back in 2004. They worked together on some important cases back when he was in the police force, so my dad knew what kind of person he was.

This was a man who got things done, who recognized the efforts of people who worked with him, and who did what he did not because it will give him fame, but because it was right.

Once, he brought home a Super Ping costume home, and I wanted to see what it’s like being a mascot. Suddenly, he had the idea of heading to a presidential debate on TV with me wearing the costume. I wore it as an audience member in the TV show Dong Puno Live. Later, I wore it for 3 hours at a dinner party by his supporters in the Filipino-Chinese community.

I didn’t get paid, but we believed that we were campaigning for the right guy, so we took it as our way of helping him. 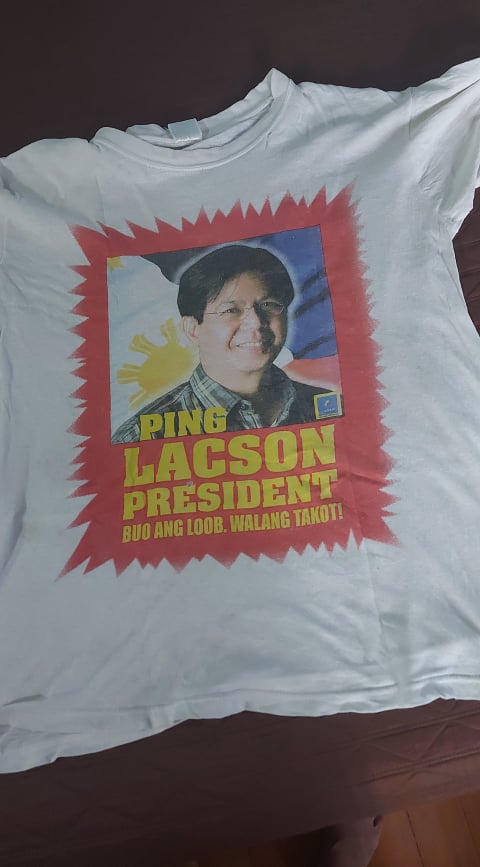 To this day, my dad still wears this shirt from way back in 2004. My mom says it's on the verge of breaking.

After more than a decade, I believe that he’s a capable man that’s not blinded by greed. Considering the fact that he’s a multi-term senator and critics are still stuck on the Kuratong Baleleng “rubout” as his most glaring flaw, he has done well for a former police officer.

However, it’s been more than a decade since we campaigned for him. And now, he’s running with the plagiarizer, Tito Sotto.

He’s more politician now than the man of action my dad worked with. While I do still believe that the man we campaigned for and the guy running for president now are still the same people, I have my doubts about his motivations now that he’s been in the Senate for as long as he has and the allegiances he has made along the way.

One could say that experience should help him, especially now that he’s running for the highest position in the country. However, I feel like he’s the contestant in Masterchef who’s good enough, but not outstanding. He gets through by avoiding conflict but can’t stand out because he doesn’t have much to offer.

He lacked the experience and the following during his first run. While he gained the necessary experience, he hasn’t shown a strong enough personality to prove that he’s ready to lead in this challenging time.

It Should Be Bong Bong Marcos

The old adage that “the sins of the father are not the sins of the son” is one that a lot of Filipinos have been hearing these days precisely because of this man.

I remember being impressed by BBM and thought he had a better head on his shoulders than his sister. Maybe all that wealth spent on his education did not go to waste.

I thought that maybe, this next generation of Marcos was going to atone for the mistakes of the first one. After all, Ferdinand did so many wonderful things for the country. I read that the Philippines was looked upon as a model country back then. I may have even read that Lee Kuan Yew used the country as his inspiration for how he shaped Singapore.

However, I also realized that Ferdinand was a dictator who ran the country for 20 years. My dad, though he was never tortured or anything of that sort, said that apart from not doing anything illegal, he was also lucky to not have been singled out randomly by power-tripping military men.

In terms of achievements, I figured that 20 years is a lot of time to do things. Of course he would be the most decorated president in the Philippines – he served more than twice the maximum allowable years than the others!

I’ve rambled on, but I haven’t even talked about why I should vote for Bong Bong Marcos. I believe that’s how much he’s tied to his father’s legacy.

He’s held positions in Ilocos and in the Senate, with not much notable achievements to his name. At this point in his career, he’s still riding the name his father gave him instead of separating himself as the son of the dictator.

Even now that he's running, he's still using something meant for the public for his own benefit. Where does it end? (Source: CNN Philippines)

It Should Be Isko Moreno

I seriously contemplated Isko as my candidate.

Here is a guy who moved up the ranks. He literally came from nothing but worked to become a celebrity. He used his popularity to win a government position in Manila and aligned himself with the right people. 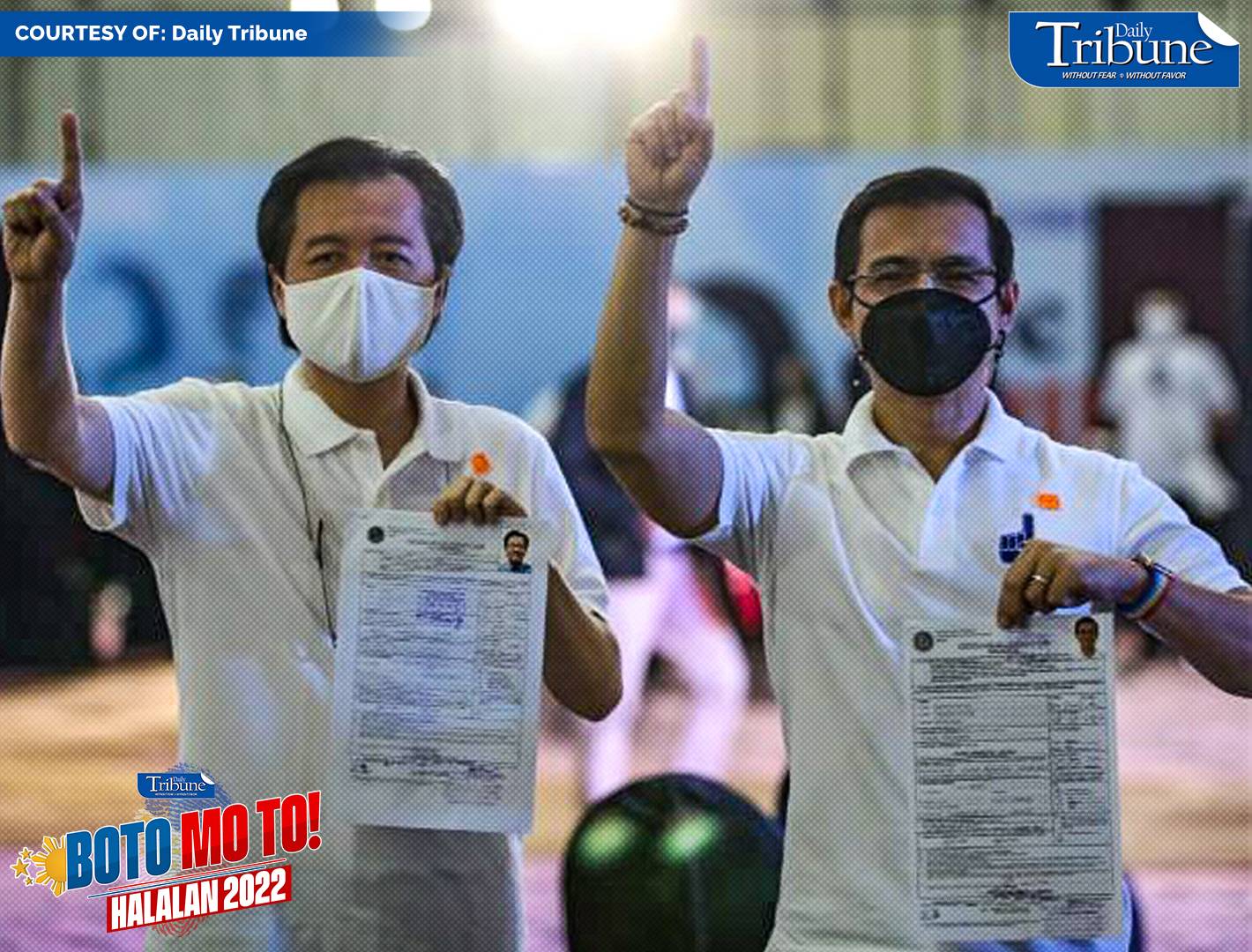 Getting Doc Willie as VP is another great PR move for guy. (Image Source: Daily Tribune)


He would stay as a constant figure in Manila because either voters are really dumb there or Isko really knew how to do his job well. Either way, he won his position as mayor against traditional powerhouses in the well-respected former Manila Mayor Alfredo Lim and former President Erap Estrada.

He must have been doing something good.

He’s built a steady presence in social media, which would make most believe that he’s a hands-on Mayor. Underneath all the noise though, you just know that he’s campaigning. For what position, nobody knew, but he was doing everything to show that he’s working.

If anything, he’s a worker, and he knows how to sell himself. However, I am cautioned by his motivations in running this early especially since it seems like his publicity stunts are louder than actual changes in Manila.

I understand that there are positive changes, but it’s mostly magnified by the noise.

I’m not sure if I want a president who would talk louder than he would act. I voted for that guy in 2016 and look where we are now.


It Should Be Manny Pacquiao


Remember the crime-free Sundays whenever Pacman had a fight?


This was a common occurrence during Pacquiao fights

Pacquiao is a guy that unified the whole country as a boxer. However, he’s since used his fame and influence to become a basketball player, an actor, a basketball league owner, and a senator, among other things.

To his core, I believe that Manny is a good person. He’s stayed with the people who believed in him since Day 1. We all know that his wife is Jinkee because he’s had no other wives since he burst out of the scene as a scrappy kid with badly colored hair.

However, I have my doubts about his political aspirations.

There are many ways to help people, especially in his stature. I daresay that being the president would even limit his capability to help people.

However, there’s this guy. 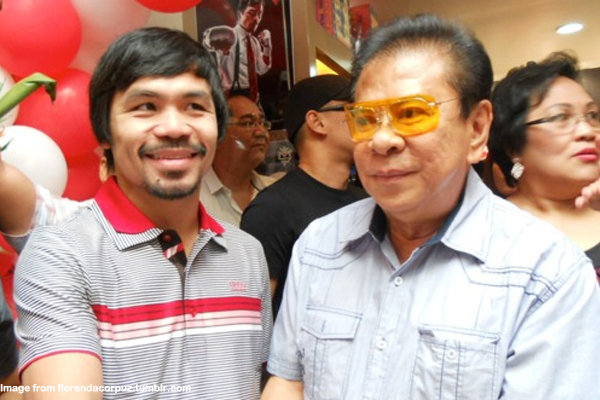 Chavit Singson is the guy who sold out Erap that led to the latter’s ouster in 2000. One moment he’s Erap’s gambling buddy and jueteng collector in Ilocos. Suddenly, he’s the whistleblower that “freed” the Philippines from a “greedy” president.

That didn’t change the fact about who he is though.

Singson casts a huge shadow on Pacquiao’s whole political career. Pacman has shown that he’s loyal to a fault. If he becomes the president, would he have the will to put a stop to Singson if the latter is proven to be involved in illegal activities?

It Should Be Sara Duterte

Let’s not kid ourselves into thinking that Bato Dela Rosa is seriously running for president. It’s absurd enough that Bong Go “slid down” to VP after being a glorified executive assistant with a penchant for taking selfies.

Solid Duterte supporters are waiting for another Duterte to lead.

Sara is presenting herself to be different from her father. This is probably an attempt to appeal to those who have grown weary of Rody, but still believe that given a healthier body, he would have been able to do more. 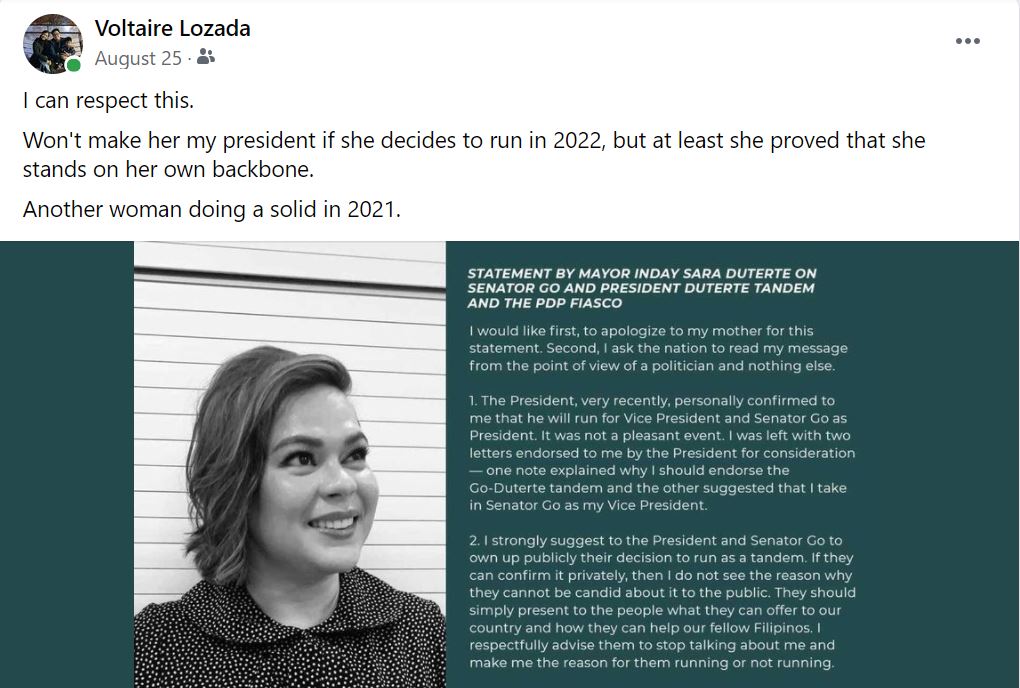 I took this with a grain of salt. Chances are that it's a show, but nothing is proven just yet.


Sara is that healthy body, with the strong personality her father had and a solid following in Davao. Add the fact that she’s a strong woman in this era of empowerment, and you get a strong presidential candidate.

In 2016, Rodrigo Duterte racked 16 million votes – the most votes for a president in the post-EDSA era. It may not have been the most dominating win in an election when looking at percentages of votes, but it was huge, nonetheless.

I count myself as among those 16 million. However, I’ve grown disillusioned by his leadership over the years. I believe that a lot of people also felt that they were duped by the promises of the former Davao mayor.

However, there are still millions who would fight for him. Whether they are real people or just fabricated social media profiles, I probably won’t know for certain. I do have friends who still believe that the Duterte leadership has been effective despite everything that happened over the past five years, but they’re significantly less now than in 2016.

Sara treads a line that resembles that of BBM’s. Both are known as the offspring of their iron-fisted fathers. However, unlike BBM, Sara has the balls to stand up on her own merits and not just ride on her father’s achievements.

The fear I have for Sara is that everything that has happened to this point is all for show, much like how Rody was a reluctant candidate in 2016 before substituting as the standard bearer of their political party.

I understand the benefits of continuity, but does this really have to continue? I believe that Sara is not as crass as her father, and that she would probably continue the good things that this administration started. However, the operative word is “probably.”

And will the elder Duterte be made to answer for any of the injustices during his watch if Sara wins the presidency? Are we going to have to accept the fact that the missing funds COA flagged are just gone? Would the “War on Drugs” continue to be waged violently? Will we finally be a province of China?

So many questions, and her candidacy isn’t even certain just yet.

Should Bato continue with his candidacy and you, dear reader, seriously believe that he’s a worthy leader, then you’re probably a stranger to me. Or soon will be.

It Should Be Leni

I have a long case regarding this.

However, it's not my goal to change your mind. I offer my opinion, but I know that we all have our inclinations by this time. The hope is I get to spark an intelligent debate so that if your candidate won, I would understand and see the positives of that win.

Check out my other blog for the continuation of this one.