...NBA Finals Preview: The Uncrowned Kings Against the Spoilers...

The Miami Heat are back in the NBA Finals for the first time since the Big Three era of Dwyane Wade, Chris Bosh, and LeBron James.

I've followed the team since Wade's rookie playoff run (didn't really watch much regular season games then), but I'm not going to say I saw this coming or that I am an "OG fan" of the Heat.

Still, I do believe I have followed them enough to make a case for them to actually have a chance against the mighty Los Angeles Lakers, who are incidentally being led by the same guy who carried Miami in its last trip here.

Let me offer my thoughts on the upcoming Finals:

The Lakers Looked Destined to a Crown

Every Laker fan would tell people that they are defying odds by being in the Finals because people "counted them out" in favor of the Clippers.

Truth be told, the Lakers were a title favorite at the start of the season, especially after the Anthony Davis acquisition. I'm not buying that "underdog" mentality.

They are top-heavy with LeBron and AD, but their supporting cast is so underrated that some analysts believed that they were inferior to the Clippers in terms of talent.

Danny Green's shot has been on and off, no one can still figure out what Kentavious Caldwell-Pope really is, Kyle Kuzma's a suspect third option scorer, JaVale McGee is, well, JaVale McGee, and for all his brilliance, Alex Caruso does still flash some immaturity in his game.

However, the bubble experience and their run to the Finals have reminded us of two key players that happen to be in their roster: Rajon Rondo and Dwight Howard. 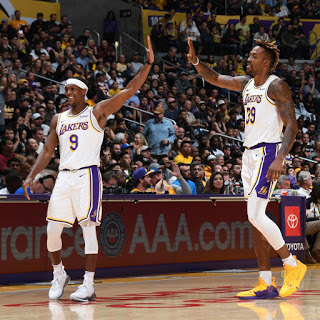 Both were instrumental in dispatching a resilient Denver Nuggets squad and exposed the youth and inexperience of the young team.

People always had the idea that Playoff Rondo is a thing, but man, did anyone see Playoff Dwight coming?

After winning the West through only 15 games, it seems that the Kobe tribute title is well on its way.

The Heat Don't Care About Narratives

Before the start of the playoffs, Rachel Nichols asked Jimmy Butler just how far does he think Miami can go.

Jimmy: We can win this.
Rachel: You know you're not favored to, right?
Jimmy: I don't give a... I don't care. Speaking for myself, I don't care what anybody says.

The Heat knocked off the top seeded Milwaukee Bucks in five games, snapping what could have been a historic season for MVP and DPoY Giannis Antetokounmpo.

In the Conference Finals, they upset a healthy Boston Celtics in six games despite trailing in five of those games heading into the fourth quarter.

They looked like a team that was good enough to make the playoffs, but certainly not in the same breath as the Celtics, the Bucks, the Sixers, or even the Raptors.

And yet, here they are.

If there's any team that has the balls to go off-script and change the expected outcome of anything, it's got to be this Jimmy Butler-led Miami Heat team. 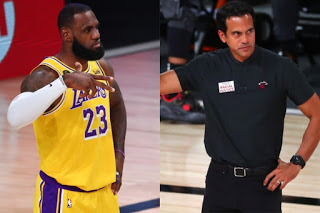 Many believed that Erik Spoelstra was merely a placeholder for the superteam of Miami until Pat Riley ultimately decided to take the reins again, much like what he did to Stan Van Gundy back in their maiden championship run.

However, Spo has since become one of the longest-tenured coaches in the NBA - next only to Gregg Popovich and a month longer than Rick Carlisle - because he has proven that he's not just a superstar coach.

The Heat's current run is another testament to Spo's abilities.

With no superstars at the level of his former Big Three, the Heat conquered the East with innovative defensive schemes against two title favorites in Milwaukee and Boston - both of which arguably had better talent across the board.

Meanwhile, the Lakers are being carried by the brilliance of LeBron and AD, and Jason Kidd clearly being a huge influence on Rajon Rondo's shooting mechanics.

Their coach is relegated to leading the "Mamba on three" pre-game hype and the "that's Mamba right there" on winning plays.

I don't think Frank Vogel is a bad coach, but I don't think he's at the level of Spo in terms of skill and leadership. 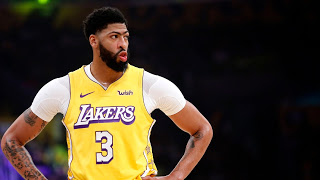 As effective as Howard and McGee were in limited minutes against Denver, they were rendered unplayable in the Houston series.

At nearly seven feet tall, Davis can run with guards, has impeccable timing on the defensive end, and has a decent jumper that can stretch the floor.

He's a unicorn that thrives against tall trees of the past and the small ball era of today.

Against the Heat, the Lakers are going to go against a team that has some of the good components of the teams that they have already faced.

Bam Adebayo may not have the size and range of Nikola Jokic, but his playmaking abilities could be at par with the Joker, and he's definitely an athletic freak that poses a defensive presence that you get if Robert Covington and PJ Tucker were combined.

Jimmy Butler may not have the range of Damian Lillard or James Harden, but he has a clutch gene that rivals Dame Time and can create shots for himself and for others.

Tyler Herro has elevated his game throughout this Bubble, and has proven that he could wax hot from inside and outside with a very imaginative arsenal reminiscent of Jamaal Murray.

The Heat can play small to relegate Howard and McGee back to the bench, but they have the personnel to make Lakers bigs work if the situation calls for it.

The Heat use danced their version of the zone extensively against the Celtics because Boston stubbornly stuck to their game instead of breaking the zone.

The most success that the Celtics had were when Jason Tatum and Jaylen Brown were attacking the basket and Marcus Smart was hitting timely shots on the kickout.

Apart from the expected production of LeBron and AD, the Lakers could make Miami change up the zone if Kuzma and Caruso can create their own shots either by driving the ball or finding the open spots in the corner much like the Boston duo did, and if Rondo can consistently bury his outside shots.

KCP and Danny Green will always be threats, but they've been too erratic in these playoffs to trust in big moments. However, they can make an impact on the defensive end especially against Herro and Duncan Robinson.

More than anyone though, Kuzma is the guy that needs to elevate his game if the Lakers want to assert their dominance in this series. 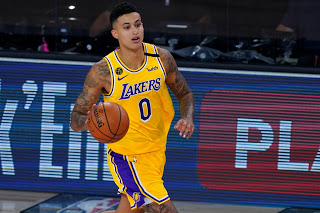 Meanwhile, the most success teams had in defending LeBron and AD in the paint were through secondary defenders.

The Heat can replicate this by re-introducing of one of the key players in the Miami rotation throughout the season - Meyers Leonard. 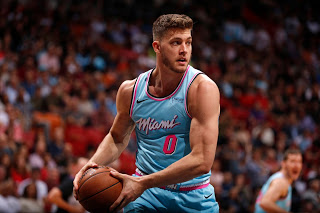 Leonard was the starting center of the Heat before being re-assigned as the top cheerleader on the bench through these playoffs.

The seven-footer can take a few minutes away from Jae Crowder or Andre Iguodala to become the primary defender against Davis so that Adebayo can be the designated secondary defender where he can be at his most dangerous, and can stay away from foul trouble. 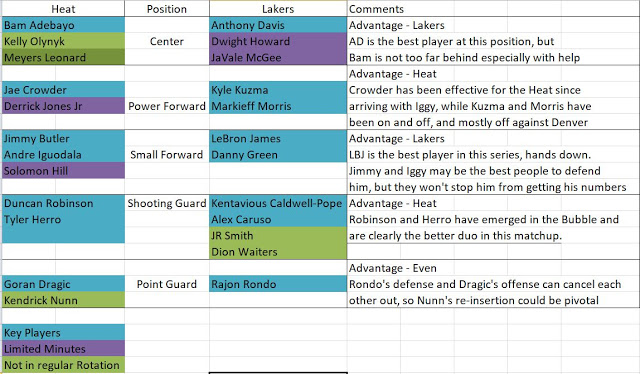 The easy answer is for the Lakers to take this in five games.

They have the talent, the experience, the confidence, and even the feel-good story to make this a special run at a championship.

In any normal circumstance, the Lakers are going to win this.

However, we're in the bubble - nothing is normal.

Which is why I'm going to go with the Heat in seven. 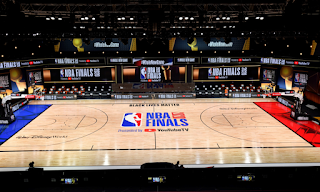 There's no homecourt advantage for the top team, which makes this a level playing field in terms of crowd energy - something that worked to the advantage of the Denver Nuggets in coming back from two 3-1 deficits.

The added pressure of the crowd could rattle the young guns of the Heat, but in the bubble, they can focus on basketball.

In a battle of attrition, the Heat have a better chance of outlasting the aging, veteran crew of the Lakers in a game or a long series.