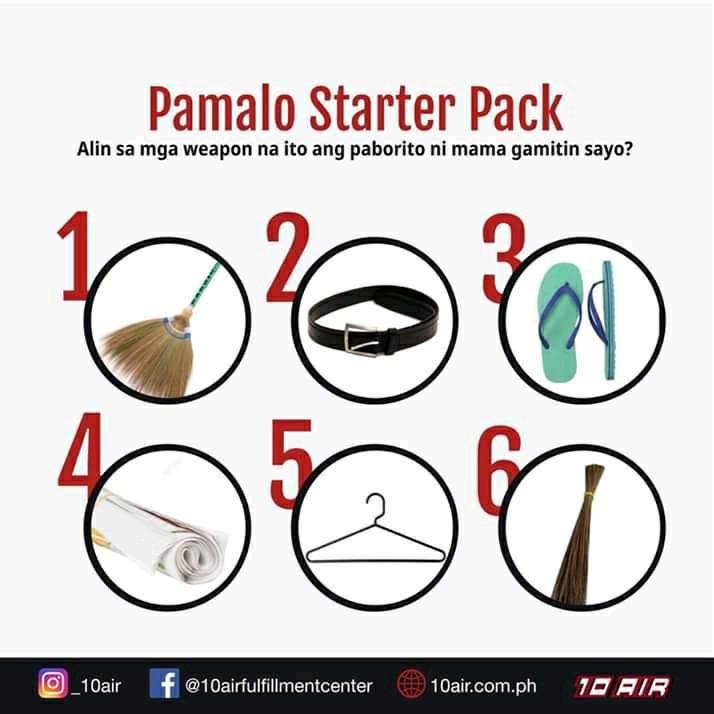 Father's Day Blog: How I Try to Discipline My Child

When Vino was a baby, I couldn’t wait for him to grow older so we can play together. Now that he’s old enough to play, he gets too naughty to handle at times.

During those times, I try to remember just how my parents did it when I was younger. I don’t remember being spanked a lot like the kids my age, but I believe that’s because I was a pretty good kid.

That’s not to say I grew up without being punished. Of course I was. It was the days before Bantay Bata became a thing, so I can totally relate to memes about the weapons parents used to discipline their kids in the 90’s.

I turned out ok, I think, despite somehow getting corporal punishment while growing up. I do believe that there’s nothing wrong with doing the same to my kid, but considering the world that we live in now, I might get a call or two from the police just by writing that down.

Anyway, since becoming a dad, I’ve probably hit my kid’s hand once or twice because he did something really bad (by two to three-year-old standards) but I haven’t picked up a weapon just yet. At his age, I can’t find any reason to justify exacting discipline by hitting him.

Here are some of the ways I’ve tried to teach him about discipline:

A Certain Order of Things

Vino is growing up to understand some concepts about the world. Sometimes he gets it by context from movies, from games, or by asking “why?”

At some point of his line of questioning, I begin to wonder, “why, indeed?”

In a time where the “woke” people always find something to complain about, I’m almost too careful about what I’m going to tell him.

As a kid, there is no concept of governance or order for him. He asks why the sun goes down when the moon is up, why it’s raining when we were supposed to walk around the park, why it’s traffic when we’re in a hurry, why must he sleep in the afternoon, why mommy has to work, why we can’t buy all the apps in his tablet, why aren’t stores open yet, etc. 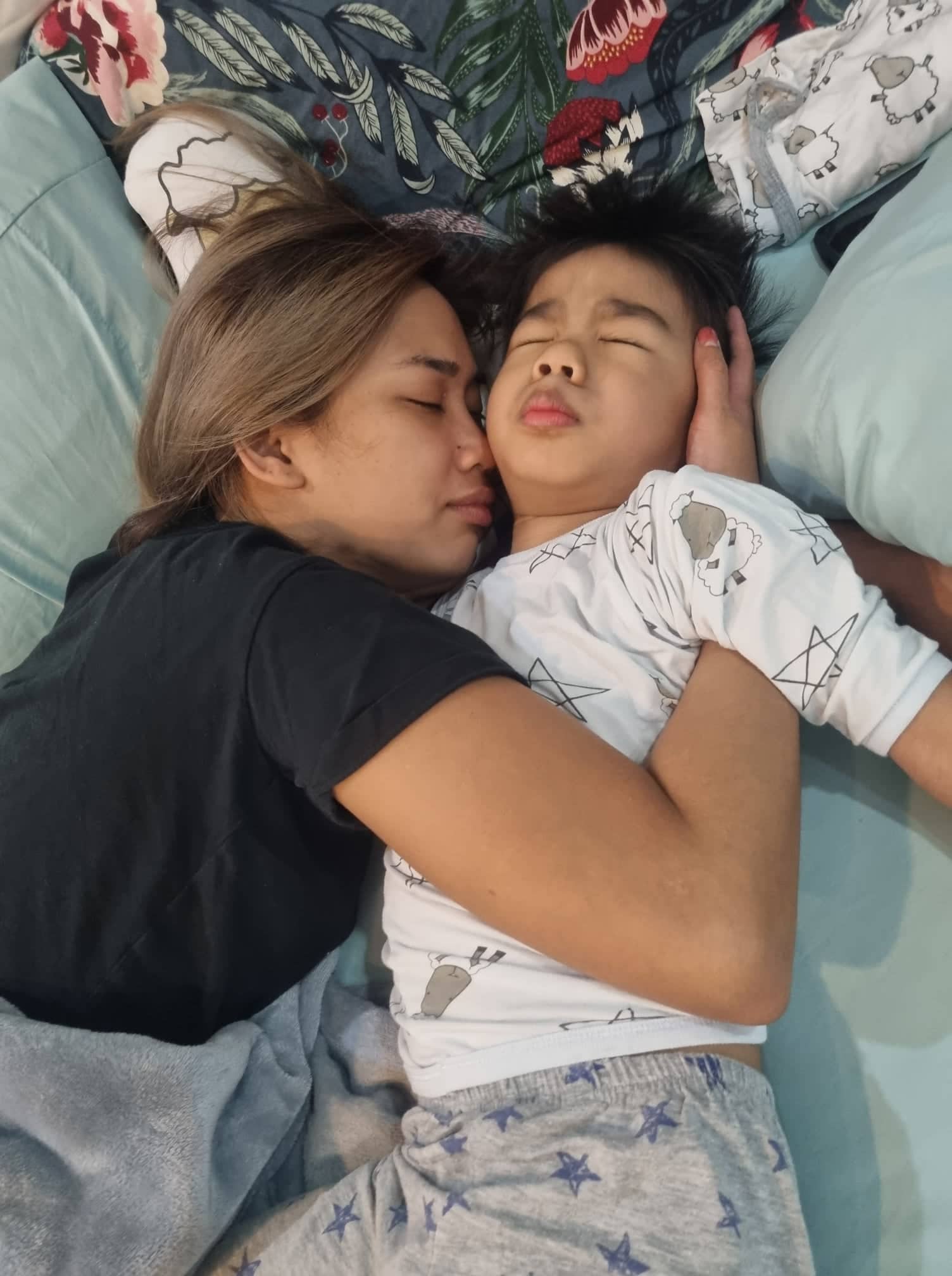 Little dude knows how to pretend-sleep, which makes it even harder to get him to sleep in the afternoon


I try to explain these things through things he understands. For example, to explain why we should follow social distancing rules, I cite concepts that he accepted as truths, like a green traffic light means go while red means stop. He’s receptive to this, as he usually reminds us calls us out if we’re sitting on an ”X” mark on seats when we’re outside.

For respect, I try to invade his space or disturb him when he’s doing something so that he knows how it feels if he’s being rude to someone. This takes a lot of work, but he does get irritated now when I mess with him, so he learned how to enjoy himself if we’re both busy with something.

For money, I try to let him participate in the purchasing process so that he knows how important money is in getting things that he likes. It’s rewarding when he puts back something because he “needs only one” or because it’s not on the shopping list.

It’s tricky to explain things beyond our control, like rain or this stupid pandemic. The best way we dealt with it is to enjoy what we have instead of wallowing in the things that we can’t have.

We are able to coexist with people in this world because of order, and I think embracing this concept early would help him become a positive member of society.

Instilling a Fear of Consequence

This is probably my harshest punishment for him.

While I don’t usually hurt him physically, I would scare him from time to time by carrying him all the way out of the house and closing the door on him while he cries. He’ll try to force his way in, but I’ll force him out and close the door. It takes less than a minute, because I don’t want to disturb the neighbors.

After taking him back inside, I would tell him why that happened. As he calms down, I would quiz him to make sure he remembers how to avoid it in the future. I would ask “do I need to shout so many times?” He would answer “no, only one time.” 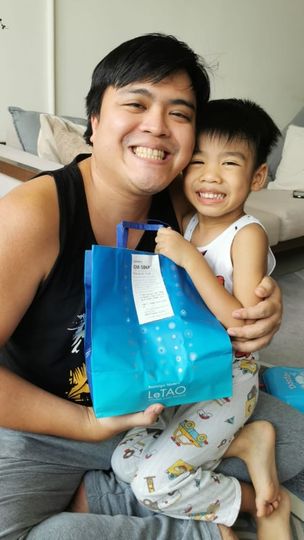 When Angry Daddy's not around, I'm one of his favorite people in the world

Whenever he would not listen to what we’re asking him to do, we would tell him Angry Daddy is coming if he doesn’t listen. For example, when we’re going to go eat, he would sometimes get stubborn or pretend not to hear us. I will then ask “how many times, Vino?” to remind him that it’s not the first time I’m calling him. Once he hears that phrase, he would stand up and go straight to the dining table or explain that he just needs to finish one thing but he’ll be on his way.

It works the same if flipped positively. I reward him with something if he did a good job, and I ask him what he would like. This motivates him to do well and learn new things. I don’t do this regularly though, as I would still want him to stay motivated even without a reward.

I’m a bit of an existentialist, and I believe that letting him experience the pain of consequences and the joy of rewards will give him a better understanding of cause and effect.


Cry All You Want

I saw this random Facebook video of a dad who was filming himself while his kid is crying on the hood of their car. Apparently, the kid was being a brat and did something in the store, which caused her to get a timeout.

The dude says he’s letting the kid cry her heart out until she’s ready to talk. She did, and they talked, and she was more receptive of what the dad was saying.


This dude had a great idea

I tried it with Vino, and it actually worked. What he said was true – it’s useless to argue with a three-year-old, and an emotional one at that.

So when he gets upset, I don’t tell him to stop crying, I let him cry, because he’ll get tired of it anyway. There are stages to it.

First, he asks for something and when he doesn’t get it, he will cry loudly. This is the part where he’s really upset, and he thinks that showing how sad he is will pull on my heartstrings and let him have his way. I endure this to get to the next stage.

The second one is the part where he’s yelling louder to make a point. This is where he thinks he can win if he makes more effort. I also believe that this is the time when he’s forcing himself to cry, and he’s putting more effort on the actual crying than focusing on the desire to get what he wants. It’s irritating, but it’s essential to reach the final stage.

The last stage is the surrender. He got tired from crying and almost forgot why he was crying in the first place, but because nothing happened after all that effort, he’ll just stop. I literally ask him if he’s done, and funnily, he tells me that he is. That’s when we have a conversation about why he can’t get what he wants, and maybe meet halfway if he’s a good boy.

I don’t want to let him feel like crying is a bad thing, but I do want to tell him that crying would not get him anything he wants.

TV shows have an effect on Vino. He copies the way they talk, follow the values or logic that he sees in them, and even learned to sing because of what he watches. He also likes listening to stories we read in books, which sometimes helps me in practicing his memory skills.

One night, Che went out with friends. At the time, Vino’s go-to sleeping routine was breastfeeding, so I knew it was going to be a long night for both of us. I had the idea of telling him a story to get him to sleep.

I realized then that most of the things I enjoyed watching when I was a kid were not really kid-friendly (i.e. Power Ranger, Teenage Mutant Ninja Turtles, Zenki, etc.) and I don’t have enough details of other movies in my mind to make it into a bedtime story. And then, I got thought about One More Chance.

Yep, Vino’s bedtime story was the love story of Popoy and Basha. 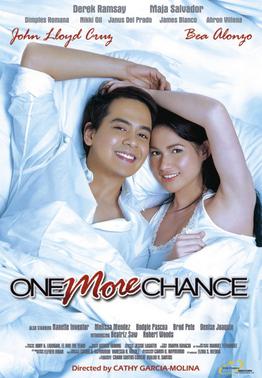 Thanks, Bash and Poy!


He fell asleep midway through, which was an achievement that I couldn’t wait to tell Che about. Later on, he would ask for bedtime stories, and while he didn’t sleep while I was telling the story, he would listen intently at what was being told, or sometimes participate in the story.

It became a chance for me to make up stories about values.

For example, he enjoys racing and wants to win all the time. Nothing wrong with that, sure. However, I think there is something wrong when he cries if he loses, or finds ways to bend rules if he sees that he’s losing.

I would tell him about a story that focuses on the fun stuff that happened during the race, so that he can find joy in it instead of only focusing on the win.

This hasn’t been consistent, as the kid remembers which stories I already told him, so it has to be a new story all the time. I’m turning to adventures we had throughout the day now, because it’s not easy to make up stories on the fly.

Still, I think it’s a great chance to share values to him, because he does remember what I told him.

I’m not preaching a gospel here, and I believe that kids grow up differently. As a stay-at-home dad, I get to spend a lot of time with my boy, and it’s both fun and scary to think that I get to mold him as he grows older.

There’s a lot of books or videos out there to teach you about parenting, but I believe that most of what you learn will go out the window once you’re raising your own little human. It’s fun to share stories with other parents though, because every little kid is an experiment for all of us, so sharing our notes could help us raise good people in the future.