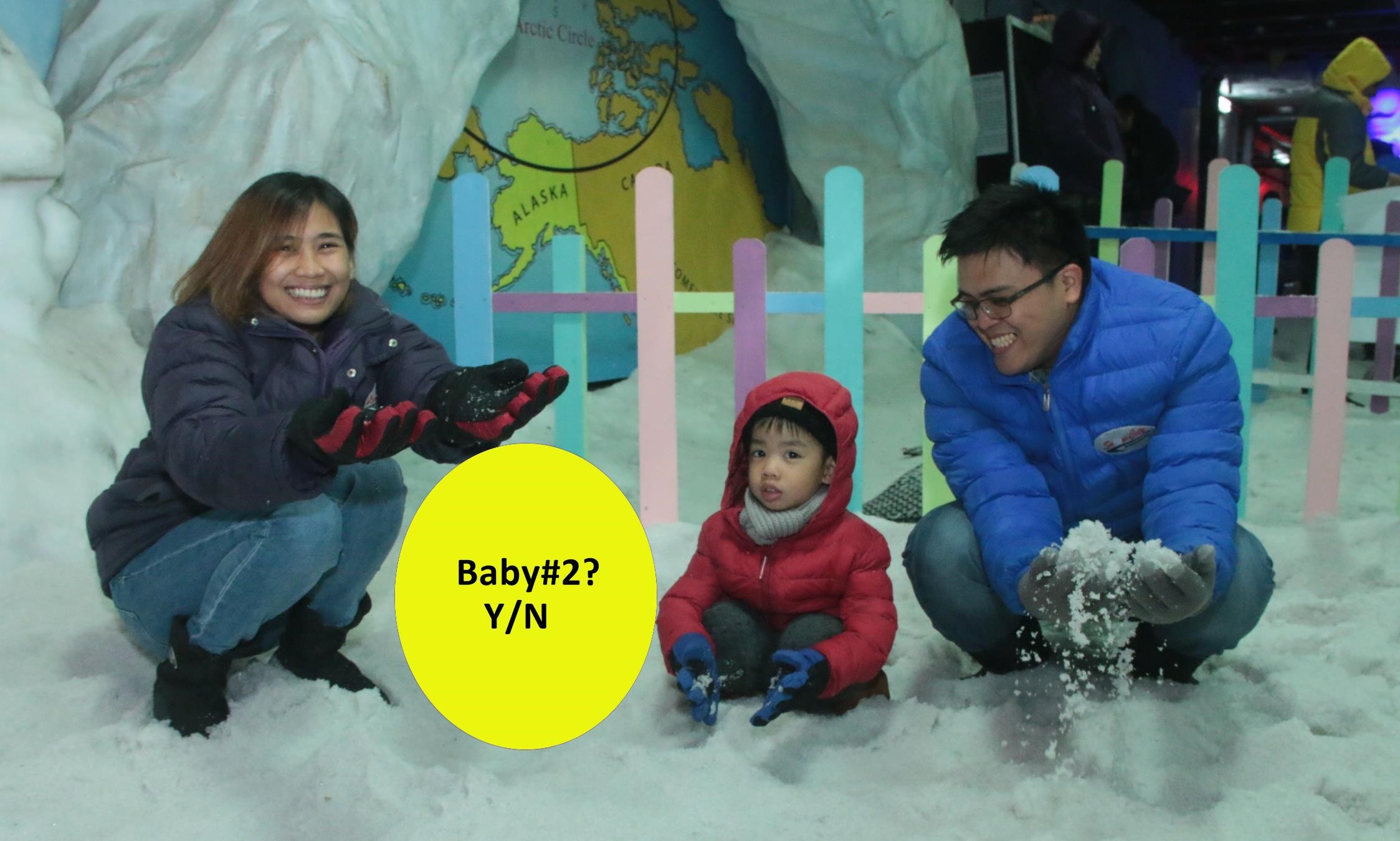 The Factors We're Considering for Baby #2

When Vino learned to talk, we would sometimes ask him random questions to better understand his thoughts.

One time, we asked him if he wanted a baby brother or a baby sister. He would always answer “no, just only Vino.”

He would now say he likes a baby sister, and even has a name for his hypothetical sister.

However, living away from our big families doesn’t allow him to spend as much time with them as we did growing up. 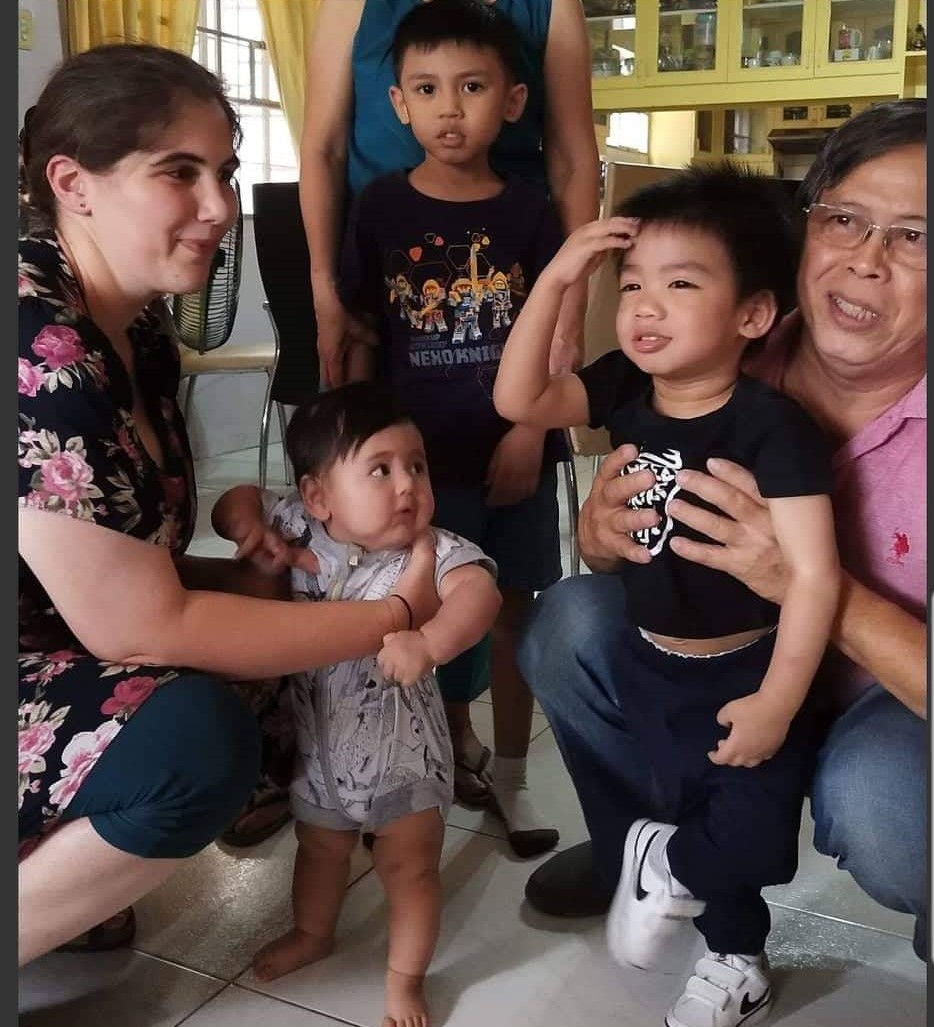 Cousins from my side of the family; Khail in the PH and Caleb in AUS


Our experience in giving birth to Vino doesn’t help much when we’re talking about considering another baby. For the uninformed, Che was at risk a few days after giving birth to Vino, but thankfully, we were in a different hospital because of Vino, and she was attended to quite quickly.

Over the past few weeks, I’ve learned a few things that could help weigh in on our decision to have another baby.

I’ve always wanted a baby boy, which is why I was happy when we learned about Vino. However, when looking at baby stuff, baby girls have such a wide selection that it’s always fun to imagine how cute it would look on our own baby girl.

It’s the main reason why we kept buying stuff for Tia (Che’s sister Ten’s kid) whenever we had a chance. 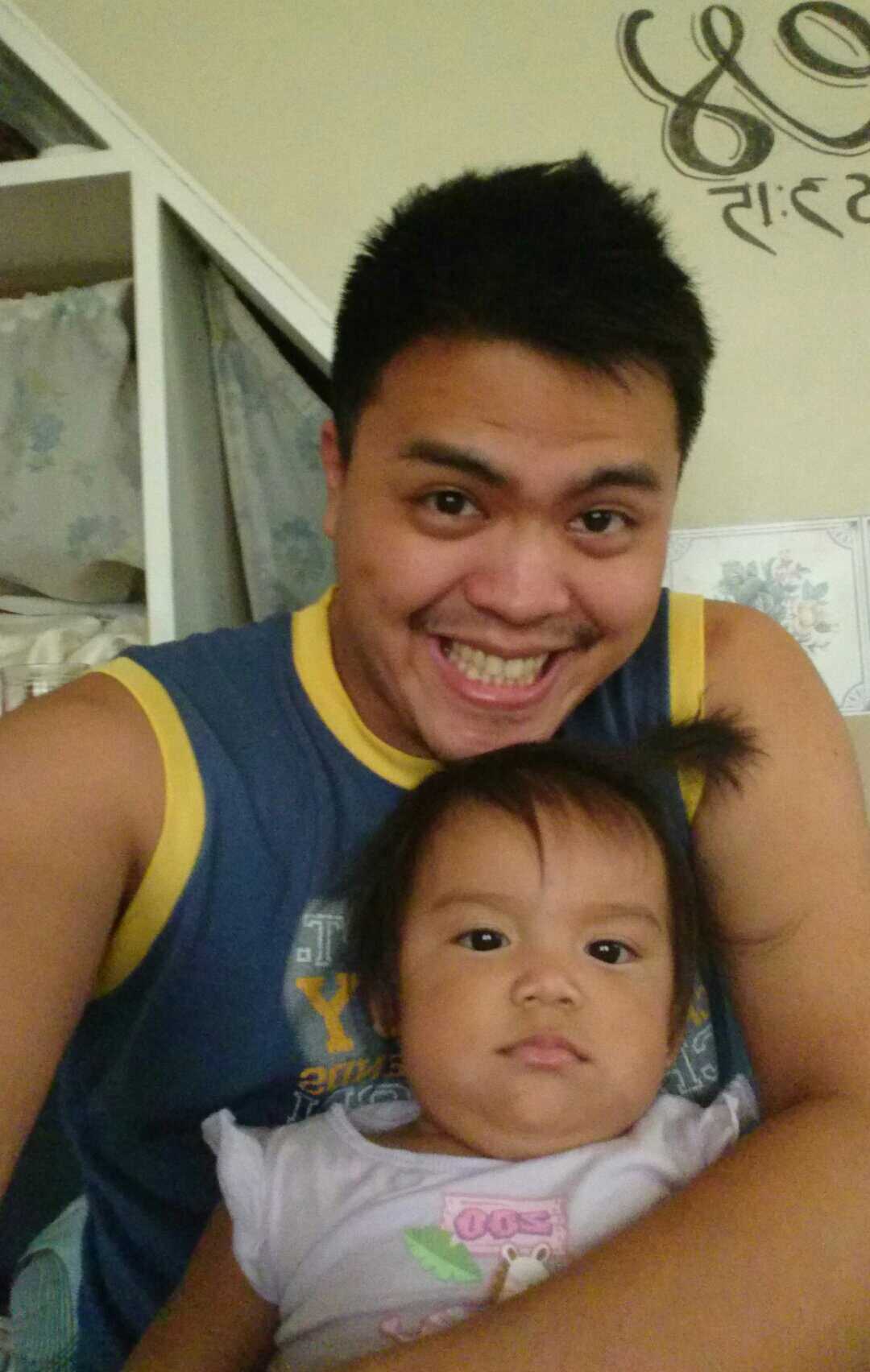 I’m a pretty affectionate guy, and I never really had a chance to express that growing up because I had a younger brother, and most of my female cousins and sister are pretty rough, in a “I can take care of myself” kind of way.

On the bright side, we could play games with the same intensity as if we were playing with other boys and not get in trouble for it. On the other hand, they’re not exactly lady-like, which isn’t necessarily a bad thing, but it didn’t help my conversational skills with ladies as they became my standard.

As I grew older, I became protective of my younger female peers and embraced a “kuya” (older brother) role for them. It’s how my relationship with Che started.

Now that I’m a dad, I see younger girls dress up and all I’m thinking about is “how would my baby girl dress up when she’s a teenager” before I realize I don’t actually have a baby girl.

Thankfully, Vino is playful and affectionate at the same time, so I’m not missing out too much on that. However, I would eventually want him to have this feeling of wanting to protect someone rather than be the one being protected.

A lot of couples have fought over money. The best way to not fight over it is to not have any, so I’m doing my part.

Kidding aside, I understand that despite all these motivational or inspirational quotes about how “money isn’t everything,” it must factor into your decisions in life.

It’s been six years since I last held a corporate role, and holding another one in the near future looks bleak. Not impossible, but doubtful.

Given this, I have minimal contribution to our expenses. At times, it frustrates me that I can’t buy stuff for Che on special occasions.

Che outgrew her retail therapy phase, but it came out again recently as she got stressed or swamped with work, especially since she’s working from home and there’s a limited number of things to do with other people because of the pandemic. 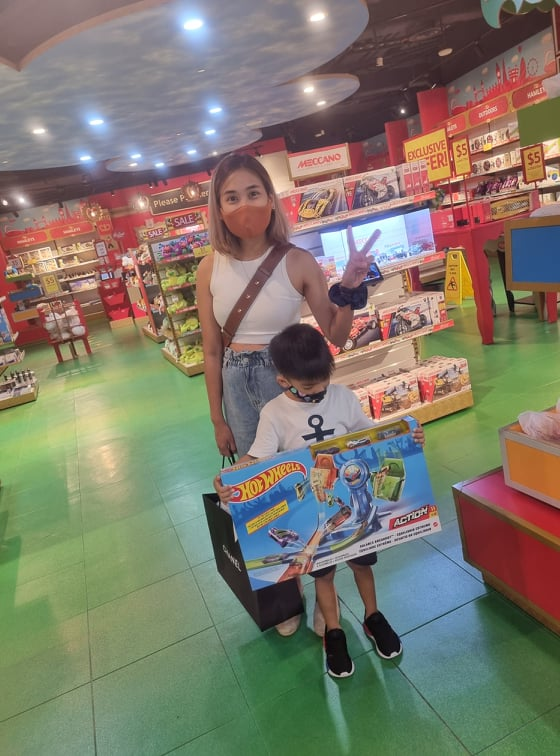 Whatever money I get goes here.

Her retail therapy was a point of argument for us especially when we just started working. I was at the mindset of saving up for our future marriage, while she was on the camp of “I earned this, so let me enjoy it.”

I let her have her way, and when couples around us started getting married, she asked when it would be our turn. Of course, I pointed to her retail therapy argument and was transparent enough to let her know that we aren’t able to save enough for a wedding.

Now that we’re married and she’s bringing in majority of our income as a household, I let her enjoy what she earns. However, if another baby comes along, this luxury might take a hit. It could be the first domino to fall that leads to more arguments in the future.

To keep our relationship healthy, I believe that the better option is to choose not to have another kid, especially living in such an expensive city like Singapore.

I understand that this matter could be resolved by me getting a job, but it would go against our idea of how present we want to be for our kids.

Friends and Family for Life

Vino gets easily attached to people he plays with, but especially the kids. He would cry when it’s time to say goodbye to everyone.

We feel like having another kid for him to play with at home would make him more sociable, and it would be fun for him to teach a younger sibling the things he knows like how he’s trying to teach us stuff he recently learned.

Looking ahead, Che thought it would be nice for him to have someone that’s constantly by his side as family.

It’s something that I would argue to some degree.

Based on personal experience, I’m close to my siblings, but we can go days or weeks without talking to each other. However, having spent a lot more time in school than at home, there’s a part of me that feels that some of my friends know me better than they do.

Brothers from other mothers.

I don’t fault my siblings at all for that, but I’m saying that it’s possible to replicate a “brotherly” bond with other people, not necessarily your siblings.

I believe that as Vino grows his circles, he may find awesome people that will be his brothers and sisters from another mother, without the guilt of choosing them over his own siblings.

However, I realize that some of my closest friends are drifting away, and I’m at an age when I’m no longer looking to form similarly deep relationships with new ones.

Life’s not over, and I’m not sure if the friends in my hypothetical compound would still want the same thing in about a decade or so.

Every bird leaves the nest once they learn how to fly.

I love being a parent, but I believe that my kid would have a life of his own, as Che and I have now. I may be overly attached to Vino now, but he will come to an age where he would resent me or choose to hang out with his friends more, and maybe eventually get married and move away from us.

Having two kids or more would be awesome right now, but considering our life-threatening experience when Vino was born, I don’t want to risk the possibility of Che being on the same situation again in exchange for another baby.

From the first day that I decided to pursue Che, I knew that I wanted to grow old with her. That hasn’t changed.

Even if I embrace my role as a housedad now, I’m happy knowing that when Vino has a life of his own, Che and I will be able to enjoy growing old together.

Choosing between the chance of having two kids without Che or the status quo of having just one kid and growing old with Che, I’ll always choose the latter in a heartbeat. 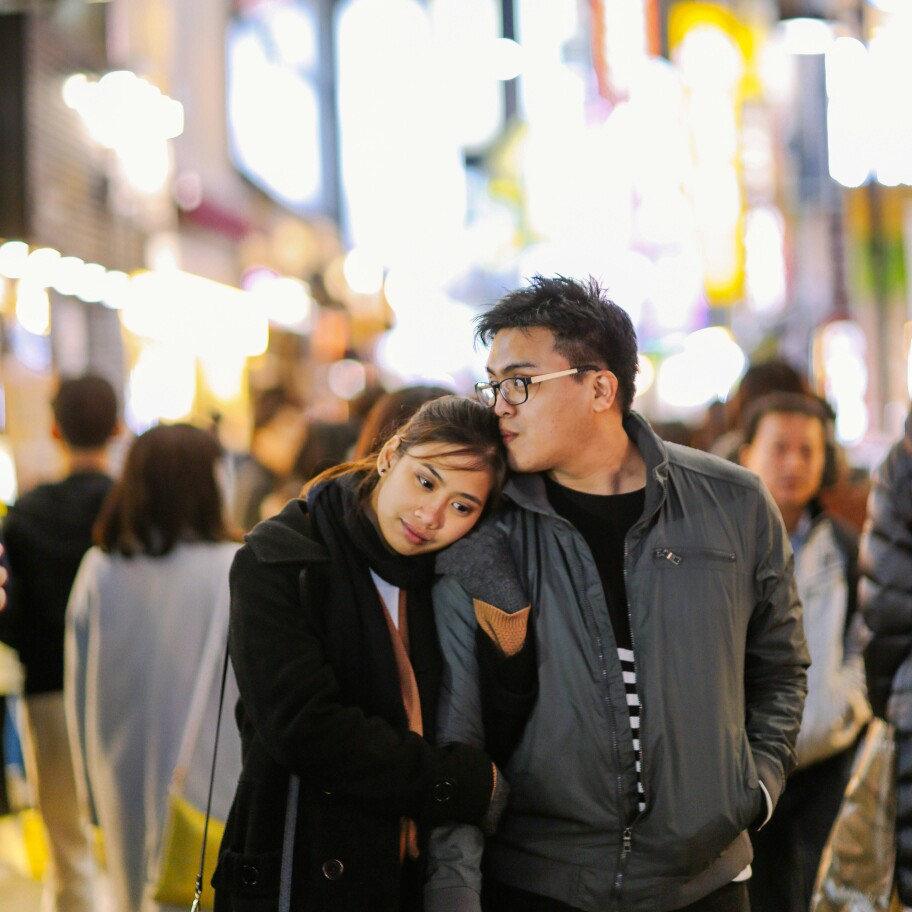 Was happy then, still happy now, and looking forward
to being happy in the future with just the two of us.

Che’s health is paramount in our consideration to having another baby. We did go to a cardiologist to check on her heart. After a series of tests, we were told that she’s healthy. So there’s that.

However, we do realize that giving birth means putting a mother’s foot in the doorway of the afterlife. The miracle of bringing life into this world always carries with it the risk of sacrificing another.

I’m not sure if Che noticed, but some movies or stories we’ve come across over the past few weeks or months have been hinting at not going through with it. It’s not deliberate, it just happened.

A mom suddenly dying after giving birth, a mom dying while pregnant, learning that a baby has complications while in the mother’s womb, a baby being born with complications and needing surgery – these are some scenarios that we’ve been seeing lately. They’re fictional, but if we put ourselves in their shoes, we understand that we’re not ready for any of them.

Sure, we’ve never been truly ready for anything. The long-distance relationship, moving away from our home country, marriage, having a baby – this all happened because we took a leap.

However, we were ready to swim in the consequences, which is why we took those leaps.

For this one, I don’t think we’ll be ready soon, or ever.

Let’s see how life plays it.