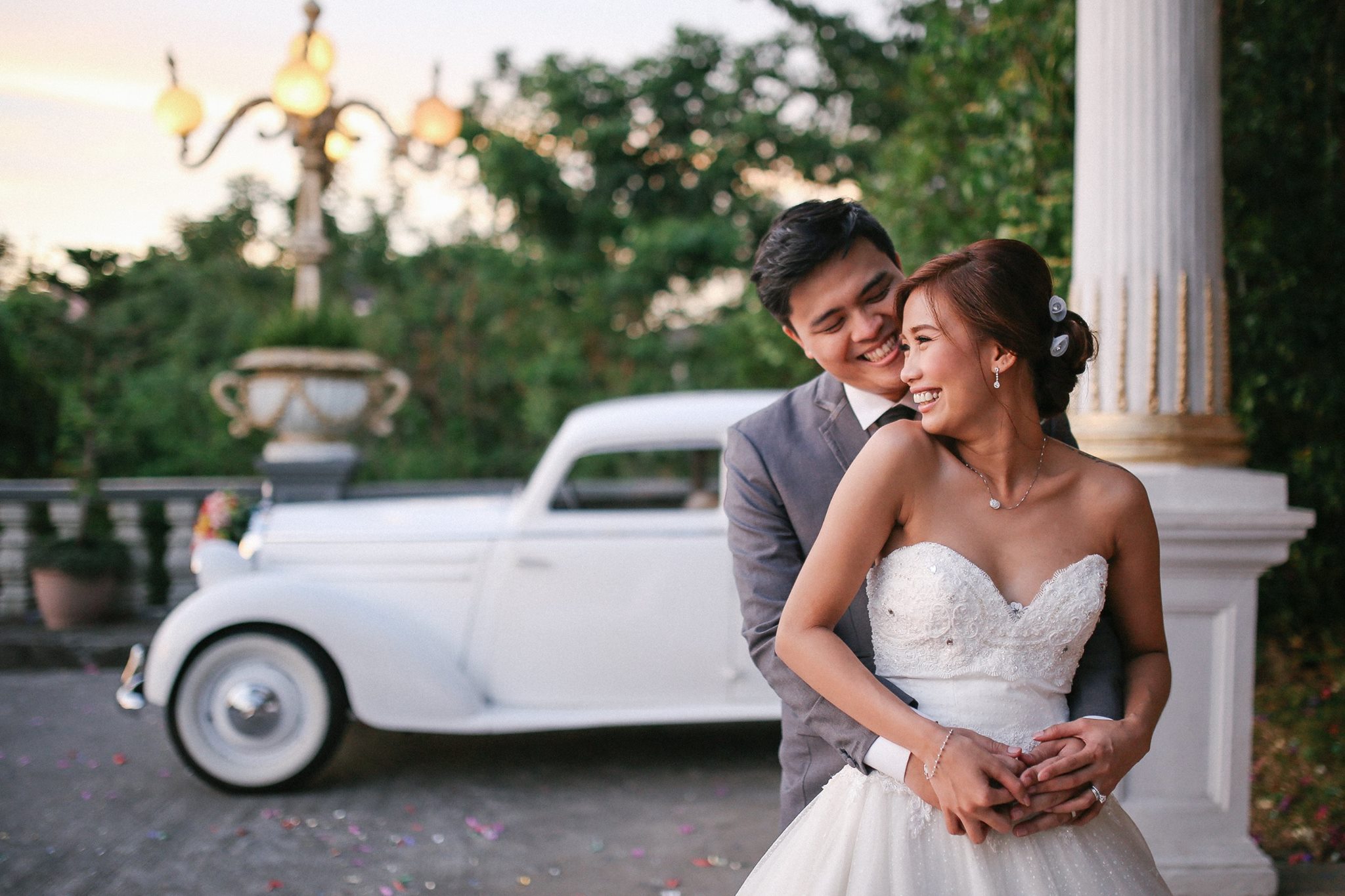 After the "Kilig" is Gone, an Interview

Every love story that you watch in movies or TV dramas begins with two people finding each other in some magical fashion that can only be attributed to destiny or fate. They face countless challenges, and eventually end up together and live happily ever after.

Even the fairy tales we grew up hearing about conditioned us to believe in love at first sights and happily ever afters.

Couples break up. That giddy feeling we know as “kilig” runs out eventually, and it sometimes drives people to find reasons to leave the relationship or seek that “kilig” from someone else.

Happily ever afters are so rare that an old couple holding hands while walking is like seeing a shooting star in the city sky.

Today, Che and I are celebrating our 16th year together, and our fifth year together as husband and wife. We’re still together, and before I wrote this blog, I actually confirmed with her that we are still happy. As this is about our marriage, I needed to hear her side before assuming anything, and we’re in the same page, at least.

We’re not an old couple by any means, but we’ve had our share of challenges through these 16 years. K-Dramas and some news articles got me wondering just how we weathered through all those.

Here are some of the things that we think contributed to us still being together:

She said she wanted to find her identity, and at the time, I just didn’t get it. We’d hang out, but we’re not together as a couple. It was a weird set up.

However, during that period, I met someone. After five years of being together with Che, I felt that “kilig” again from another person. I had to break Che’s heart by telling her about the girl.

Che, on the other hand, didn’t date, nor felt the need to. Instead, she thrived doing what she does best without a shadow cast over her.

Months later, Che and I ended up talking again. Our lives became so intertwined over the past several years that meeting again was inevitable.

What we learned from that experience is that we had different views about our relationship.

I was in the camp of needing companionship, which led me to seek it out when I lost my constant. Che, on the other hand, can’t see herself in the relationship because she was no longer “Che” but “Volt’s girlfriend” for such a long time.

We don’t always have the same needs, and sometimes, we may even have different goals compared to our partners. It inevitably leads to conflict, and you either rise above it, or succumb to it.

I don’t know what I could have done differently in order to avoid that breakup, but I believe it was necessary to make us better people. We were kids when we got together, and if we didn’t experience independence from each other, maybe we wouldn’t have grown up as much as we did.

We decided to try again, and as our goal of growing old together never changed, we’ve strengthened our relationship through constant communication of our needs.

Loving the Person, Not the Face

Che is very vocal in reacting when a male lead character does something to make his on screen partner’s heart flutter. At times, it makes me want to make her heart flutter the same way. However, I also understand that no amount of hair wax or makeup would make me look half as good as Lee Dong Wook.

I joked that I made a move on her early in her college life because I learned that she’s from an all-girls’ school, so I had to move quick before she got exposed to better looking fellows. Basically, I had to make her think that I’m already a 9 before she wakes up to the reality that I’m really just a 6. 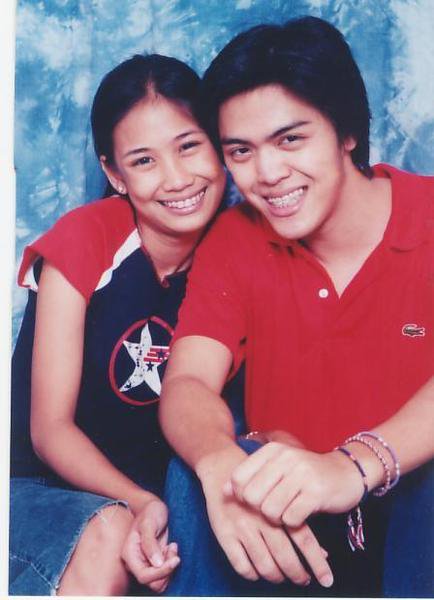 Yep, she fell in love with THAT guy

I asked her why she chose me way back then, and why she chooses to stay with me despite getting all giddy with all these Korean boys (and Jerry Yan, Zanjoe Marudo, and Sam Milby).

“It was never about your looks,” she said. “You may not have melted my heart because of how good looking you were, but your actions had the same effect on me.”

To be fair, Che wasn’t exactly my prototypical “dream” girl. But I pursued her because I felt like she would be a person I would want to grow old with. Of course I was attracted to her physically, but it wasn’t love at first “sight” because it wasn’t my eyes that she captivated the most.

It’s normal to fall in love with looks, but understand that it fades over time, and later, all that’s left is the person beneath the face.

This actually solves the mystery of why we’re still together despite Che knowing me in my skinniest and seeing me in my fattest.

I read a story about a man who killed his wife and kid here in Singapore. Apparently, the guy was a successful real estate agent before an economic downturn caused him to lose his job. Since then, the guy alleged that his wife would call him a good for nothing.

One day, the guy saw the school fees for their kid and suggested that she skip for a year. This angered the wife, which allegedly led to berating her husband even more. Husband snapped and choked his wife to death. Later, he did the same to his kid who was at home with them.

Horrific, I know, but it led me to ask Che what her level of frustration is now that I don’t have a regular job.

After a short pause, she said she had none.

“I guess what happened to them was that there were certain expectations from the guy that he suddenly couldn’t fulfill,” she said.

“Maybe they were doing well, and suddenly, he couldn’t carry his end of the financial load, causing the wife to grow frustrated. We didn’t ground our relationship with expectations. When we started working, we were financially independent from each other and when we got married, we knew what we were going into.

“I guess when you’re playing your games and can’t look after Vino – those are the times that I get frustrated with you.”

I believe that dependence breeds expectations.

In the true crime scenario, the couple depended on the husband’s income which set an expectation on how they should be living. When their standard of living was no longer in par with their expectation, they both grew frustrated with each other.

In our case, I believe that our independence in certain aspects of life has helped us minimize our expectations from each other, but constant communication helps us stay connected and gives us the assurance that we’re still running the same race.

While I am confident in our relationship, I understand that in other people’s perspective, this isn’t an ideal setup. And so, while I say I don’t give a damn what people think, I still asked Che why we’re still together when she could easily leave for a more “ideal” situation.

“I think it’s because we’ve went through a lot, and our relationship was founded on friendship and cultivated by trust,” she said.

We were friends before we were lovers, and to this day, we’re enjoying our time together as if we were college buddies because we are college buddies. The conversations and the company are what make us look forward to growing old together.

It’s a certain level of comfort, sure, but as we go through life, we understand that you don’t need an infinite number of people to know. Meeting that one person could make you feel more significant than you have ever been compared to when your circle was filled with a thousand people.

It’s a sentiment I share with Che, and why I wholeheartedly promised to be with her for better or for worse in front of God and our families.

I was lucky to find that one person quite early in my life.

“Kilig” is probably the closest, most tangible description we have for romantic love. We aim for it, make grand gestures for it, but unlike the movies, our lives don’t fade to black and go to credits once we get the girl.

It will fade, the gestures will be too cheesy, and you’ll eventually wake up from your lovestruck dream. What happens next will tell you if you’re in a relationship worth keeping or not.

Don’t chase the “kilig” because it will run out. We both believe that we wouldn’t have lasted as long as we did if we didn’t start off as friends. Yes, I admitted I had a crush on her barely a couple of days from when we first met, but after that was said, we continued on to be “just” friends.

Everything was motivated by love though – the friendship, the trust, the goals. While it’s nice to feel the “kililg” on screen, I’d always choose to have this love over it any day.