...The Absurdity of Being Woke and the Cancel Culture...

I don’t know when the world started to get overly sensitive.

Like many 30-something basketball fan, I am very much looking forward to Space Jam 2. However, I was made aware last week that Pepe Le Pew, the overly-romantic skunk of Looney Tunes, will not be appearing in the movie.

Apparently, it was because his actions “normalized rape culture.”

It was the same reason why Lola Bunny was redesigned for this sequel.

The revelations did not end there. I also learned that Speedy Gonzales, Elmer Fudd, and Yosemite Sam, are being “canceled” because of “stereotyping” and “gun-wielding.”

On the same note, I was also made aware of people trying to “cancel” Eminem for (of all things) his rap in the song Love the Way You Lie. Those people failed miserably, but it doesn’t change the fact that he was even a target of this culture.

It was cute for a time, but it’s getting out of hand. 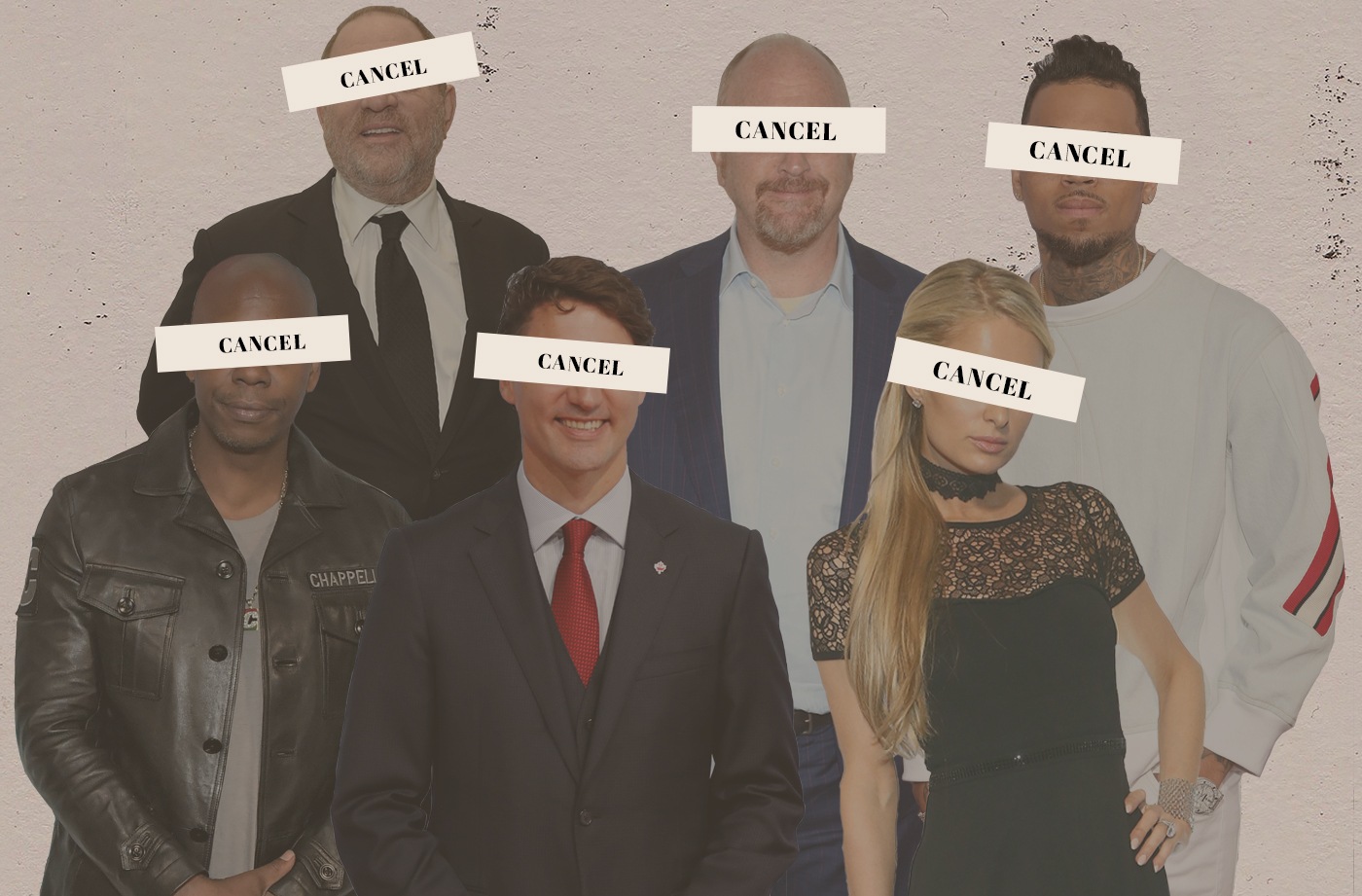 It's happening, and they actually think it's cool. (image source)

For the uninformed, the “Cancel Culture” is the act of calling out someone or something for whatever reason and declaring it “cancelled” after it is publicly shamed.

In a world that is becoming more global, inclusive, and sensitive, people are becoming more “woke” or are becoming “enlightened to the truth” and “not slaves to biased media views” and are promoting their views by “canceling” some “outdated” or whatever views. At least, I think, that is what they want to believe, because I totally don't understand where their holier-than-thou attitude came from.

I believe that the #MeToo movement that cancelled Harvey Weinstein for his sexual assault allegations was great for women empowerment.

I’m all for canceling police brutality that gave rise to the #BlackLivesMatter movement.

However, when #WhiteLivesMatter and #AllLivesMatter also wanted to be heard, I felt like it wasn’t going in the right direction.

Then there are vegans who want to cancel eating meat and meat eaters calling to cancel vegans, and I thought it was just getting more stupid as it goes on.

And now they attack cartoons? What the actual fuck.

Let me rant about the black lives, white lives, all lives, no lives shit. 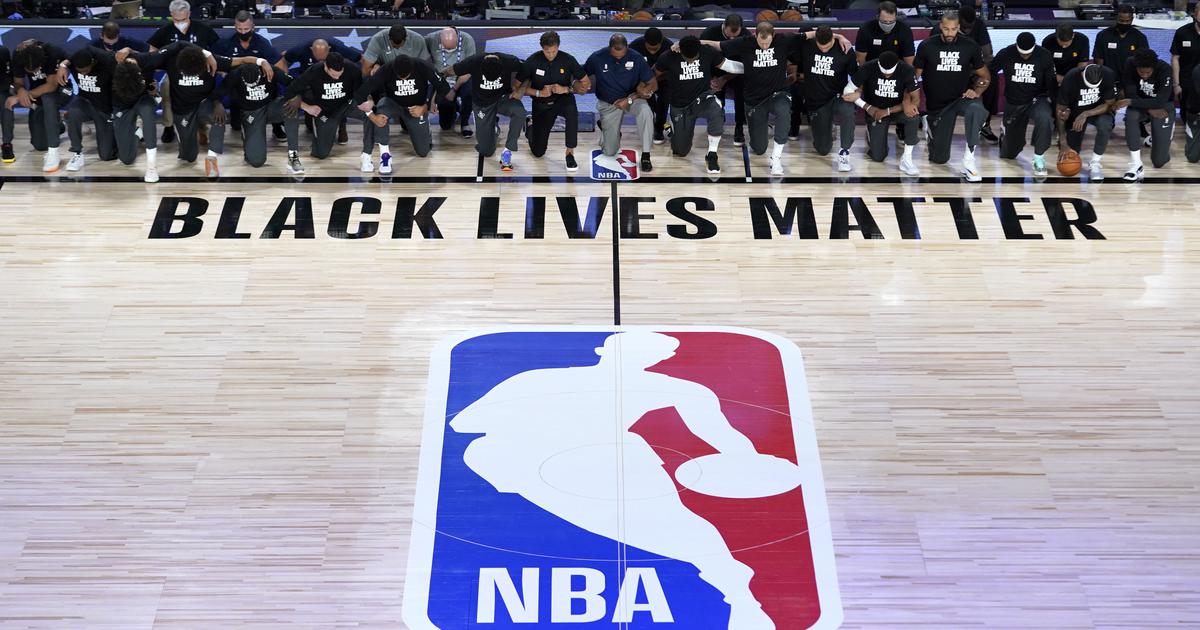 Of course all lives matter; only an idiot would need an explanation why this took center stage. (image source)


For some reason, these “woke” people are too “woke” to understand that highlighting something doesn’t mean neglecting others.

If I write THIS STATEMENT IN BOLD, there’s a chance that a reader will see and read it, but it doesn’t mean that this statement without quotation marks doesn’t exist.

People are becoming sensitive about statements that don’t include them explicitly, and it’s becoming a creative challenge.

If you want to make a product for everyone, you have to fucking mention everyone because people who were not mentioned *might* get offended.

Imagine Michael Buffer taking flak for his signature intro before he even gets to his trademark “let’s get ready to rumble” part:

“Ladies and gentlemen, boys and girls, children of all ages…”

“What about us gays?”

“Don’t you think us trans watch these too?”

The world has too many races, and LGBTQ+++ has too many letters to mention already, and ads only have 15-30 seconds of your attention before you’re able to skip it.

Understand that your existence is not neglected just because it is not mentioned. 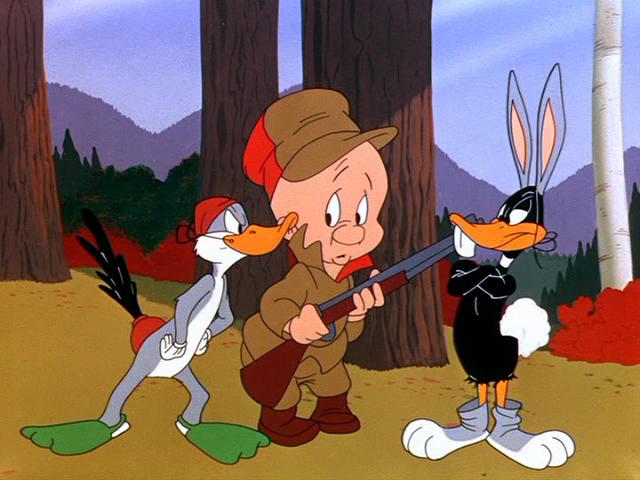 Never thought anything was wrong with this picture. (image source)

I grew up watching Looney Tunes.

I don’t get why they want to cancel beloved characters like Speedy Gonzales when even the Latinos love the guy.

Why is he being canceled for stereotyping when the people he’s supposed to be offending aren’t even offended?

I watched Elmer Fudd and Yosemite Sam chase Bugs or Daffy with their guns, but it never made me think that guns are ok to play with.

The “new” Looney Tunes will apparently remove guns from Elmer’s arsenal, and instead will chase Bugs with a scythe. It makes a lot of sense, does it not?

I don’t think the bullies I had in school watched these cartoons regularly and thought “I should hit someone.”

Guns are fired on US school grounds twice a week, according to this report last year. I highly doubt that the people who fire these guns got the idea from Looney Tunes.

When I was a kid, I enjoyed watching Pepe Le Pew chase after a black cat who got white ink on her back. The chase was funny and stupid.

As I grew older, I came to wonder why kids were allowed to watch it back then.

However, I did not become a rapist.

In the same light, I was 10 when Space Jam hit theatres, and I admit that I found Lola Bunny to be overly sexy. I may have even been aroused by how they portrayed her, but man, I was hitting puberty. 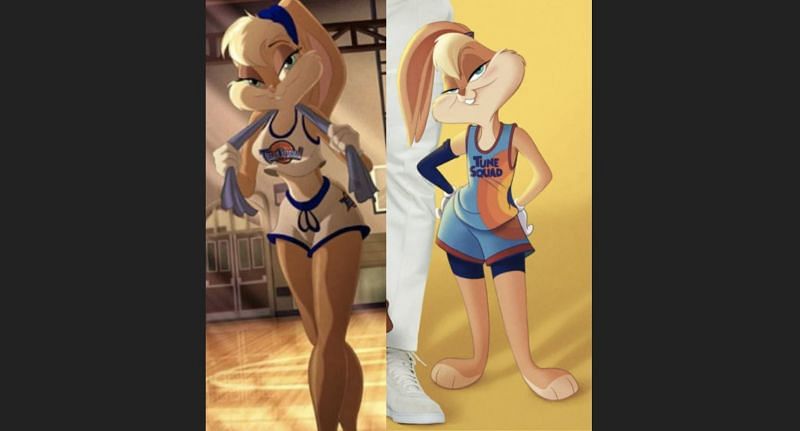 I’m almost 35 now, and by my count, I have not raped anyone because of whatever Lola Bunny exposed me to at 10.

I don’t get why some people think that they’re doing the world a favor by canceling Pepe or redesigning Lola.

I mean, kids today wear shorter shorts than Lola, and they probably never even heard of Lola Freakin Bunny.

Do you even think that a young molester has a poster of Pepe Le Pew in his room?

These characters’ appearances in the cartoons are not normalizing a culture; it’s just stupid fun that you laugh about and don’t dissect after the episode ends.

My playlist is still dominated by songs from the mid-90’s to the early 2000’s.

I enjoy the creativity of artists who put their heart out in writing lyrics back then. These days, it’s more about beats and repetition.

Of course, that’s not to say music of today sucks. I do enjoy some new songs from time to time.

That said, what the hell do these kids know about Eminem? 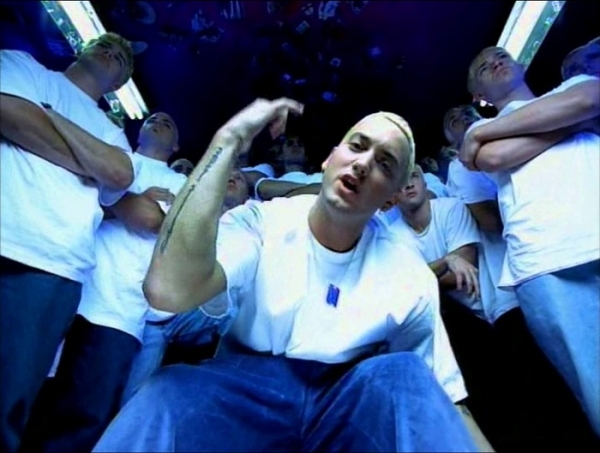 Dude had far more "damaging" lyrics than in Love the Way You Lie, but at least he used actual words (image source)

I listened to his songs and even tried (and failed) to keep up with his beats. However, I never imagined beating up my wife because of what he constantly advocated about a certain “Kim” in his songs.

Are people too “woke” now that mere suggestions from songs influence their way of living?

Is that why all we hear are techno shit and nonsense on the radio now?

Parenting in the Cancel Era

Now that I’m older, I realize the adult innuendos and the violence in the cartoons that I enjoyed growing up: The Simpsons, Spongebob Squarepants, Ren and Stimpy, The Rugrats, X-Men, Batman and Robin, and Voltes V are just a few examples of cartoons I’d enjoy watching to this day. 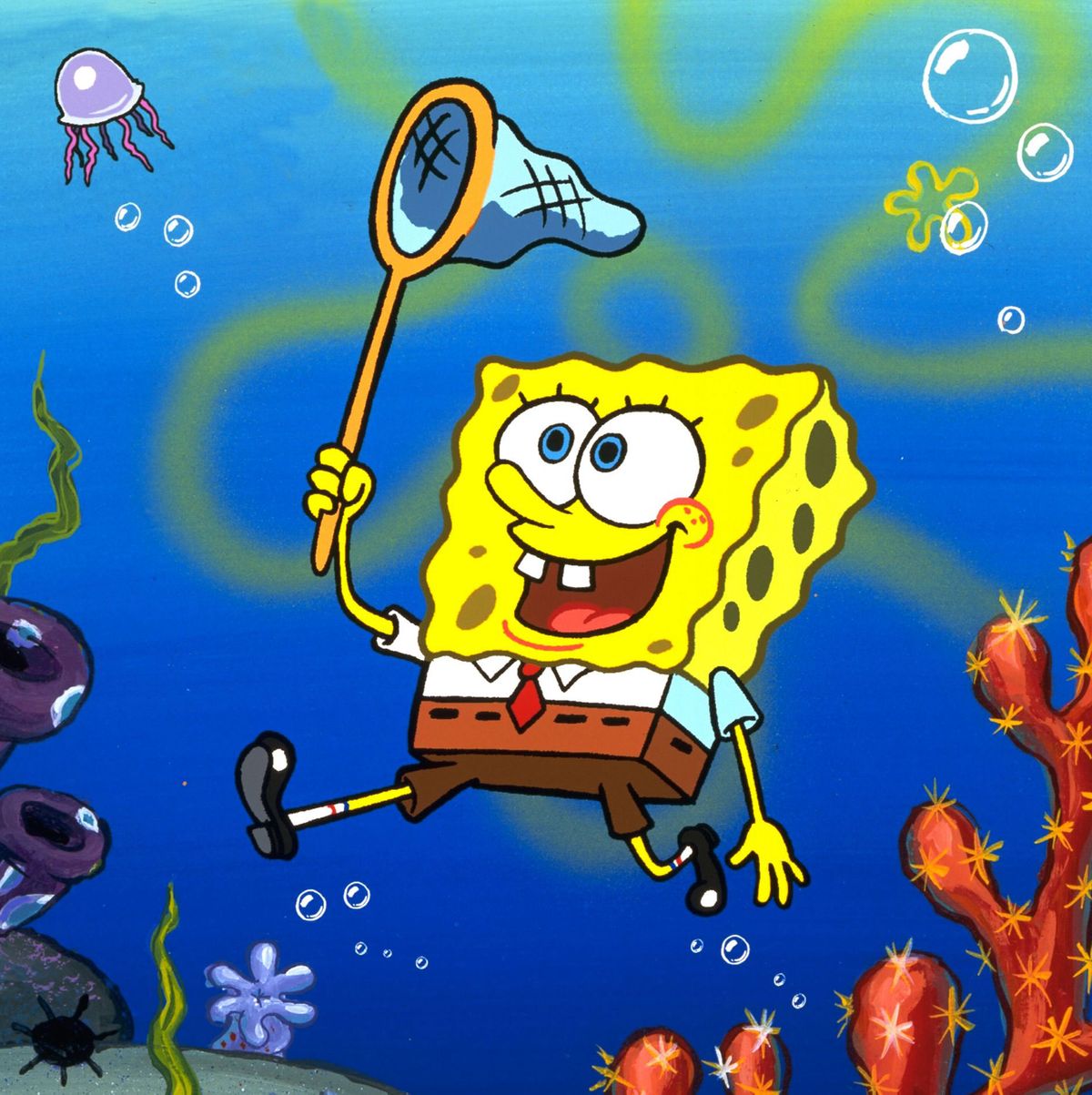 This dude elicits laughter differently, depending on your age. (image source)

I wondered why I was able to watch those when I was younger, and now that I’m a dad, I’m more mindful of the things my kid watches.

I filter his access to videos on YouTube, but mostly so that he won’t watch videos in a different language. He’s learning to express himself in English, we talk in Filipino at home, and he’s being taught Chinese in school; I’d say for a three-year-old, that’s a lot to take in already.

There’s a fear that he might copy what he sees in real life, so when he watches things, I try to watch with him just to make sure that it’s relatively safe content.

However, I understand that I grew up to shows that aren’t exactly safe for kids, as I mentioned earlier.

I aspired to be a superhero and tried to do stunts on my own, like any boy would. I found humor in Homer trying to strangle Bart, but I never asked my dad to strange me, nor did I have the urge to strangle anyone else just for the fun of it.

I may have had some bumps and bruises for copying WWF/WWE moves in school even if they explicitly say “Do Not Try This at Home” in all their ads, but I’m ok.

Despite all those, I’d say I turned out pretty well as a person.

What people have to understand is that warnings can only do so much, and that we have to stop blaming external influences for everything wrong in the world.

Don’t blame Pepe Le Pew for normalizing rape culture – blame parents who fail to educate their kids if they are curious about what’s happening in the cartoon.

Don’t blame Lola Bunny for being sexualized – puberty is inevitable, there’s no use trying to contain it. Kids won’t even understand what the fuss is about in the redesign because they see it everyday among their peers.

Stop being offended by things that do not concern you – don’t speak up for people who might get offended if you’re not even part of their demographic.

Culture is not built by what we see on TV or the internet. It's our family and the people we surround ourselves with that create our way of thinking and builds the culture that we live by.

This “woke” generation is overly concerned with everything happening in the world that they fail to see the main cause of what’s wrong: they lack the attention and care of their family at home.

Instead, they focus their energy on hating something and putting it out to the public for validation, and later find comfort in the fact that there are people who share the same sentiments.

I believe that the cancel culture is not all bad, but the way it is going, it almost seems that it’s giving rise to a trend of hating instead of pushing for real change like the #MeToo movement.

As parents, I think it’s best to allow kids to be curious and further spark this curiosity by talking to them instead of filtering out stuff because of the adult mind’s perversions.

I don’t believe that The Renaissance was led by people who were overly sensitive or were bothered by things that did not concern them.

That said, “woke” shall be a derogatory term in my vocabulary until such time that they fight for things that actually matter.