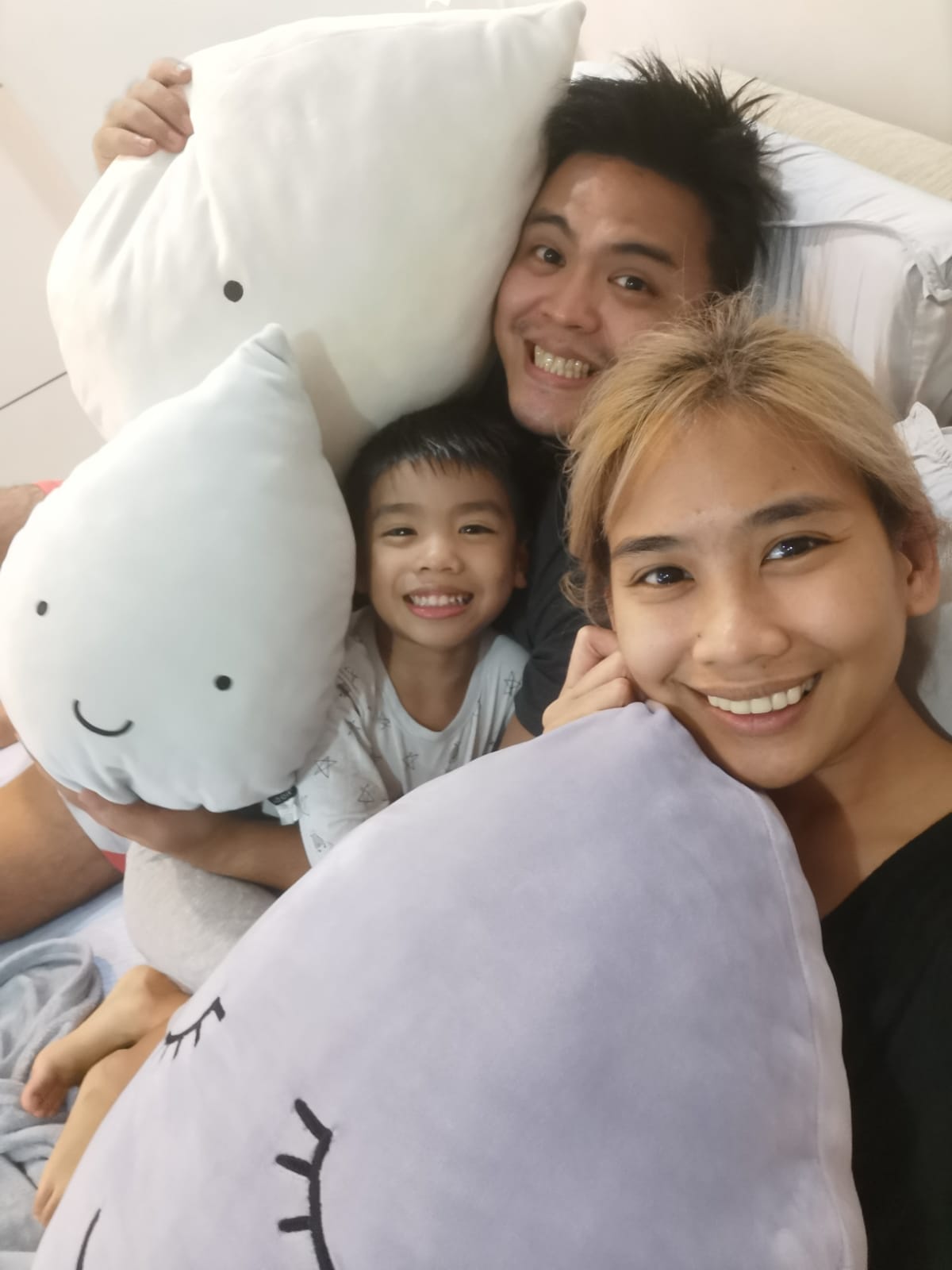 I had a bad dream recently, where some supernatural being held people inside the chapel of my childhood village.

Among the people held inside were my parents.

The supernatural being would take lives, but would let some people go. He was set to decide on the fate of six couples, among them were my parents.

Everyone held their breaths as he said his decision.

“This will be the most number of people I will let go,” he said. Everyone was relieved, and as the couples walked to the door, he suddenly continued;

“…but I didn’t say everyone gets to go.”

He then proceeded to touch the heads of about three people, signifying that he will be taking their lives.

To my horror, my mom was among them.

I saw everything unfold before my eyes, as I was standing outside the chapel. I ran inside and cried my eyes out as I held onto my mom tightly.

I said sorry for not being a good enough son. I told her how I wished that she’d still be my mom if I were to live again. I held onto her like I never did before because they were taking her away.

I woke up to tell my mom about it, and to tell her how much I love her, because I realized I never said it like I did until someone was about to take her away from me.

We weren’t brought up to be expressive about our feelings, so it was an awkward experience. However, knowing people who lost their loved ones, I understand how lucky I am to actually still have a chance to tell my mom these words.

While my dream was just a dream, I couldn't easily dismiss what happened in it. Tragedy can strike at any moment, and when it does, it’s always too late to make up for all the lost time.

My dream did not instantly transform me to an affectionate offspring who always checked on my parents.

I sincerely believe that I’m the most emotionally expressive person in our family of five, and I don’t even know where I got it from. Even then, I can’t bring myself to normalize talking about these things with my family.

I think the distance between us now helps a bit, as my parents are more interested about what’s happening in our lives than they ever had compared to when we still lived with them. However, it never became a habit for us to talk about random things that happened to our lives. 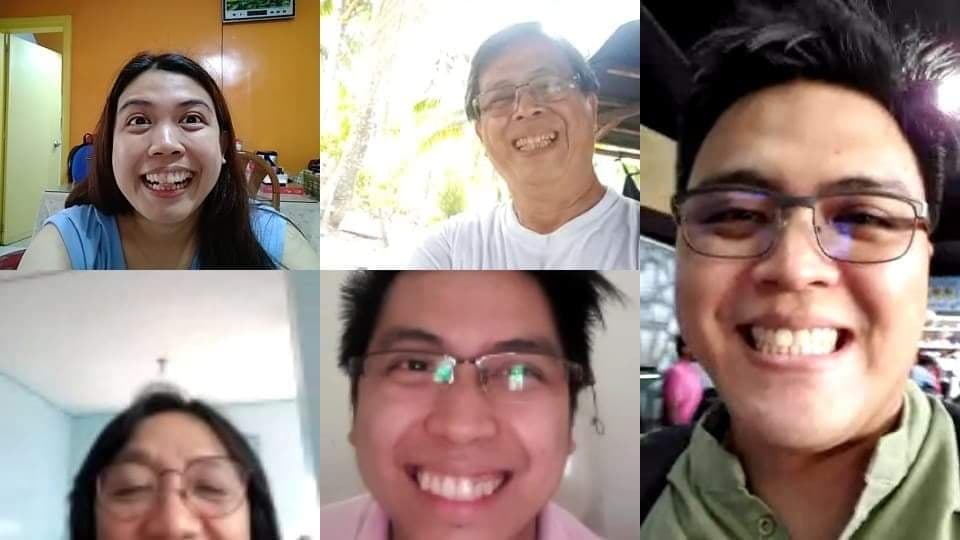 We've probably had more random talks in these calls than when we lived under one roof.

While I can’t turn back time to make us more expressive to each other, I’m hoping to raise my kid who will not feel awkward to share what he feels.

Here are three lessons that I want him to grow up with:

1. Crying is Nothing to be Ashamed of.

As much as Vino laughs, he also cries a lot. He cries when he’s hurt, when he’s frustrated, and when he loses a race.

“Stop crying” is my go-to move, especially if I think what he’s crying about is too little to worry about, like not finding the last piece of a puzzle in a game he’s playing.

However, Che would nudge me at times and tell me to let him cry so that he can let go and not bottle up the emotions inside.

Growing up, I was made to believe that crying is for the weak, and when we are weak, we are ridiculed. I would get teased by friends and even family when I cried, and I learned how to deal with things by myself. 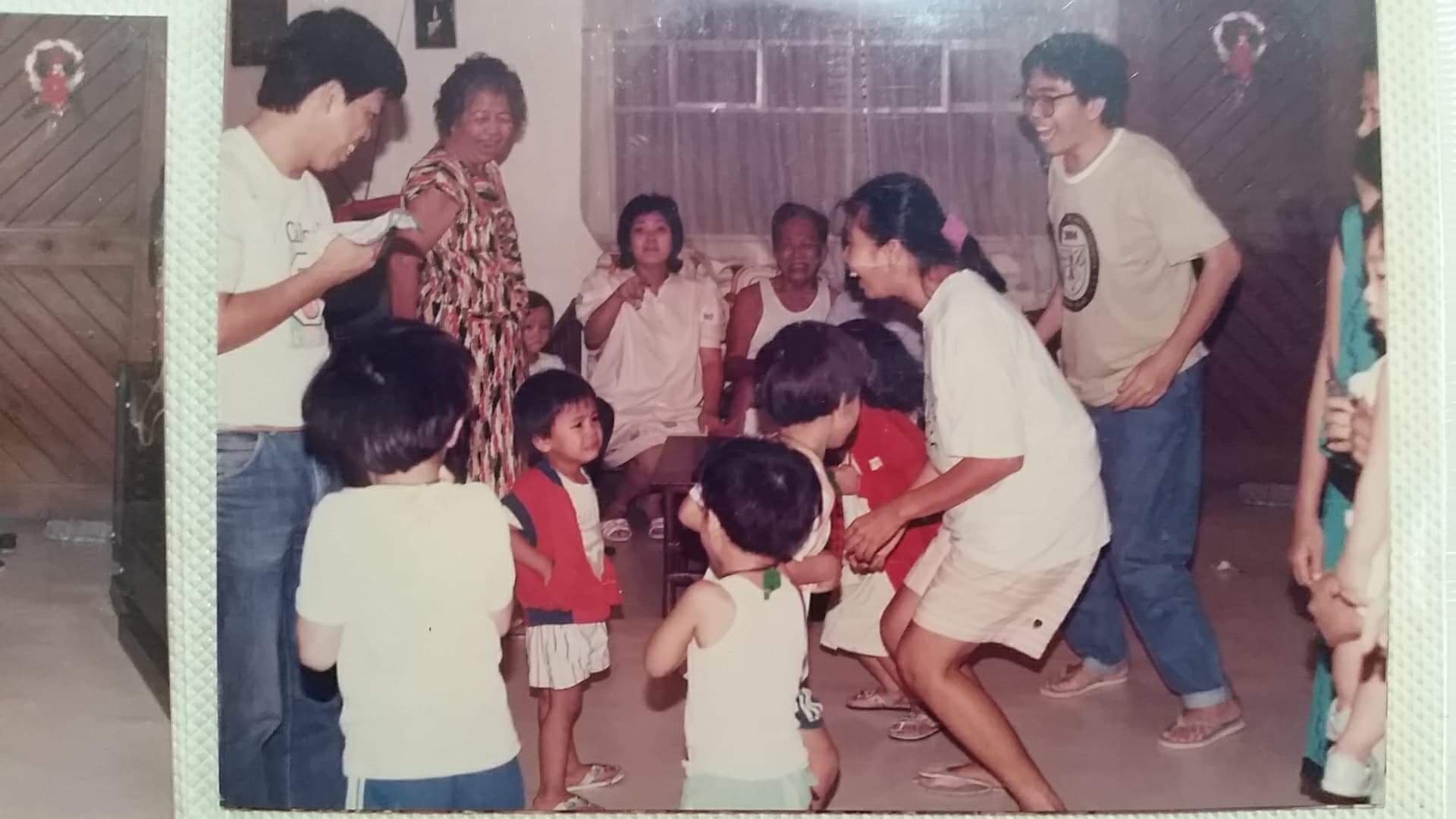 When I was younger, I had a habit of jumping as I cried, to the delight of my crazy aunts, uncles, and cousins. This is just one example of how they showed me that by learning to laugh at myself, nobody can ever hurt me bad enough to put me down, so it's not all bad, really.

One could argue that it made me stronger, but I think it also gave me the illusion that I couldn’t depend on anyone in moments of weakness.

Now that I’m older, I’ve learned how cathartic crying is through personal experience, and how some people are struggling because they kept their emotions to themselves for so long that they never realized the weight they were carrying already.

While I may not know how people would be in Vino’s school or work in the future, I hope to make our home a safe space for his emotions, where he doesn’t need to put on a mask to appear ok when he truly isn’t.

I’ve always found comfort with friends, and when I got older, I only took more chances to grow my circle so that I could always have friends around me. We talked about our common interests, memories of the past, our current concerns, and whatever comes to mind.

These are conversations I couldn’t have at home, because as much as my parents worked hard to provide us with everything we enjoyed, we rarely talked about our days.

I had no idea what my parents actually did in their jobs until I was in high school, I think. I didn’t know what made their day, what made them sad, what I could have done to comfort them, and even what food they liked.

My mom would always ask us what we want, if everything is ok in school, or if we needed anything. Talking to her about something so trivial such as my crush talking to me one day ended up being an uncomfortable experience later on as she would end up asking about it every single day as if it’s the only thing I’m doing.

Meanwhile, my excitement in sharing anything I thought was worthwhile was always dismissed by my dad when I was a kid. My class ranking from not even being in the top 10 to being the third best was a feat I thought he’d be happy about (because I was ecstatic), but all I got was a “you could do third, why didn’t you get to first?”

When I decided to get married, they weren’t even the first people to know because I didn’t know how I would talk to them about it.

I do try to talk to them from time to time now, but it’s more to let them know that I think about them and to update them that I’m doing well, but they’re not the first people that come to mind when I want to talk to someone.

As a stay-at-home dad in a foreign country and away from some of my closest friends and family, I’m trying to be more involved in my kid’s life, as I don’t have a nine-to-five that takes up most of my days like my parents did. 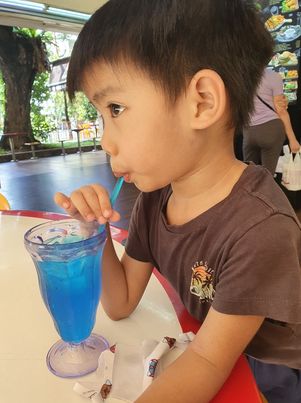 I hope we can get to spend time in the hawker like this to talk about anything when he's older. Maybe with more adult drinks as well.

I’m trying to show interest in hearing whatever Vino wants to say, like what he won in the game he’s playing, a funny scene in a show he’s watching, or what imaginary thing his toy said to him.

The goal is to build a habit in him to be open in sharing his daily life as he grows older, so that we can be able to comfortably talk about anything later on in life.

I remember years back when my dad called me and my siblings to their room so that he could share with us something he experienced in their office retreat or something.

During their session, they were told to say “I love you” to the people they were working with, and he realized that if he ever had a regret in his life, it was that he never said that to his dad.

He didn’t want to live a life where he could say those words to his officemates, but never to his children.

Life is so finite and unpredictable that you would never know if there’s a “next time” for you.

My dad didn’t grow up with the most affectionate parents, but he certainly appreciated them like I appreciate my parents.

I can certainly understand where he was coming from that night, and it was probably one of the very few times where I saw him break into tears.

Like my dream, the whole experience was probably awkward for him, because he never really said it to any of us growing up. I never even heard him say it to my mom even during their anniversaries.

We know it in our hearts, but it was never verbalized.

K-Dramas and personal experiences taught me that assuming that a person will always be there makes us take them for granted, and we'll realize we lost our chance to tell them what we really feel when they're gone. Jung Hwan of Reply 1988 is one example in a K-Drama.

When I attended funerals, I always wondered if the deceased knew that all those people who visited their wake actually appreciated them during their lifetime. I knew I wasn’t able to tell some of them how much they me when they were alive, and visiting them and praying for them was the only thing I could do by then.

As a parent and a partner, I’ve probably said “I love you” more times to my wife and kid in the past three years than to my parents and siblings in all the years prior.

I hope he never get tired of doing this

I’m hoping to normalize expressing our love for each other, so that Vino could grow up doing the same, and live with no regrets if or when he loses someone.

I never resented my parents for how they raised me, and despite how distant they seemed, I believe that they shaped me to become the person that I am now. However, I think that deep within me, I've always wanted to be a bit closer to them than I was.

It took me 10 years before I decided to propose to my longtime girlfriend, but I feel like if Che didn't leave the country, I wouldn't have proposed because I wouldn't have been able to leave the house knowing that I wouldn't be there for my parents if they needed me. Even as I told them that, I don't think they truly believed it because they didn't see me at home much.

The nightmare of losing my mom made me want to remind her how I felt. The conversation that ensued made me realize why I wanted to be the kind of parent I always visualized myself to be.