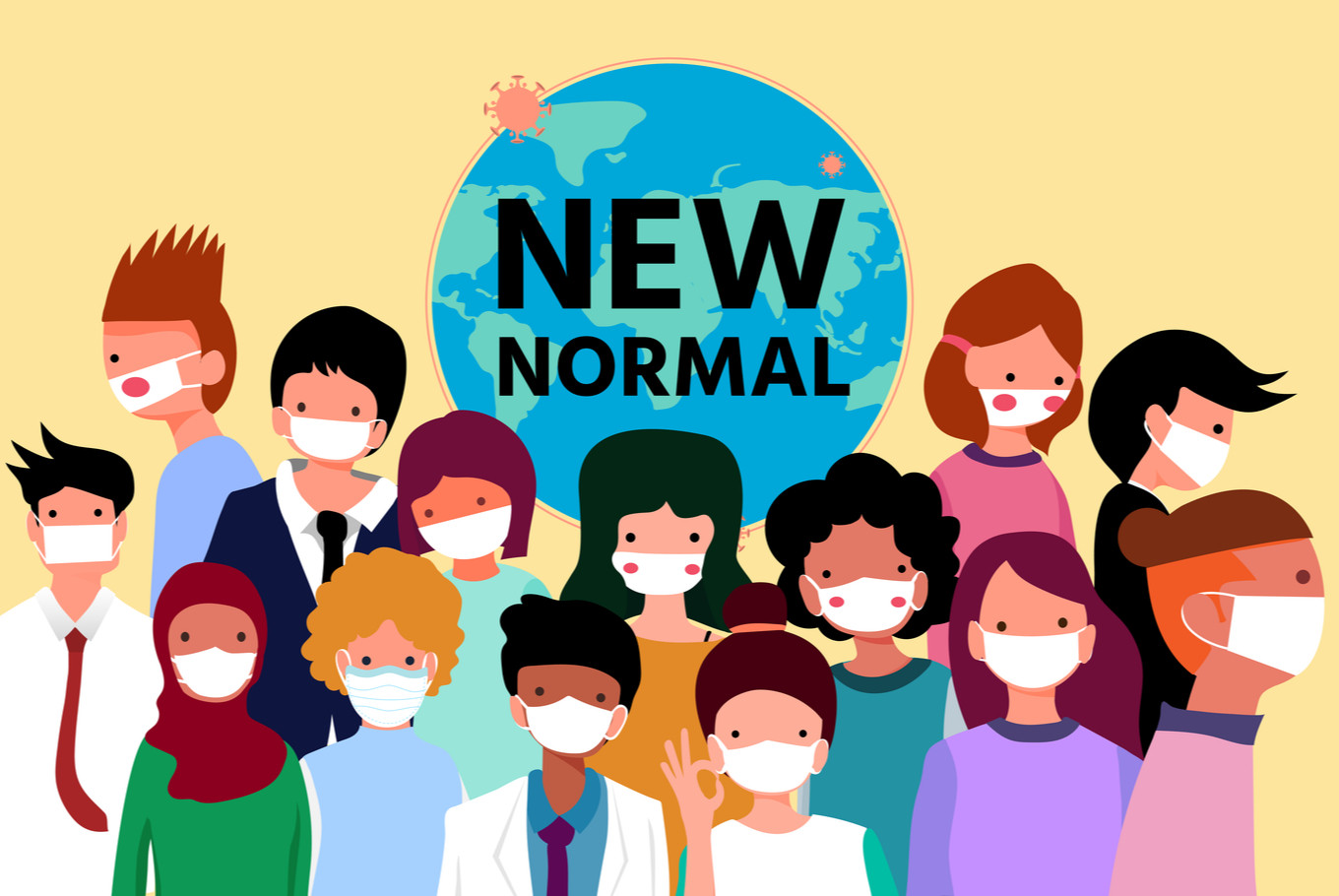 5 Things I Grew to Appreciate From this Pandemic

At this time last year, we were still thinking that lockdowns and all this mess about the pandemic would be done by June at the latest. 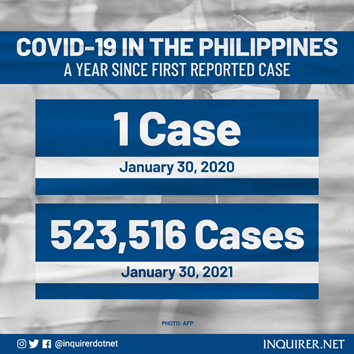 Who would have thought that its effects would be so bad that we had to change the way we live?

I’m lucky enough to be living in Singapore during this crazy time, as the government response to the pandemic is world class, much like most of their standards here.

While I feel safe here, the “new normal” that resulted from everything we went through still carries with is some inconveniences; wearing a mask, limited interaction with people, checking into every establishment for contact tracing purposes, etc.

However, as a person who likes to see the good things in everything, I thought about some positive things that this pandemic has brought about.

1. We’re no longer the weird Asian country that uses alcohol like a sanitizer.

I remember that one of my last projects in my last job was a company looking to export alcohol to South East Asian countries because apparently, the use of alcohol for sanitation was not a common thing outside the Philippines.

A different company also saw the opportunity for growth of this industry in the local market, but I wasn’t able to see if the project pushed through as I left the company to move here.

During the early days of this pandemic, my wife would carry around a spray bottle with alcohol, and her officemates would all come to her from time to time to get a spray.

One year ago, most people here might not have known what this is, but now it's available in Q10 where I found this on sale.

It was a convenient way to clean their hands without having to go all the way to the washroom. She leaves a spray bottle on her table and it wouldn’t last a week.

I don’t know if my potential clients then were visionaries who saw this pandemic coming, but I guess that industry was on the rise!

One of the symptoms of COVID-19 is coughing, and memelords from the Philippines even claimed that during this time, it’s better to fart than to cough.

My dad regularly shakes our whole house back then when he sneezes or coughs. When I moved to Singapore, I learned that this was a very “uncle” thing to do.

While I haven’t seen my dad since the pandemic broke out, I have been around Singapore long enough to notice that some uncles have lessened this habit of theirs especially outside.

Like men who don’t wash their hands after taking a leak in a public restroom, there are still people who would sniff or blow their snot as if they’re performing an exorcism of their souls, but it’s not as common now as it was before.

Businesses stopped for a while because of lockdowns and stay-home directives, but the economy can only stand still for so long.

It was inevitable for businesses and offices to get back to operating, albeit in unfamiliar circumstances. 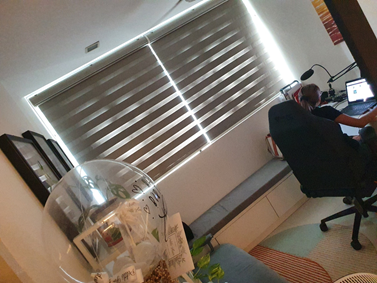 From a bare-white idle space at our house, this was transformed to an office area for WFH purposes

My mom rarely took a day off from work, because she insisted that she needed to be in the office to get things done. She wouldn’t even think about booking travel plans that are beyond a week because of how “things might not get done if I’m not in the office.”

Despite being a grandmother to three boys, no one can convince her to retire. She endures the commute from Cainta to Binondo and back from Monday to Saturday, and refuses to drive a car because it’s more stressful.

If there’s one thing I’m thankful that this pandemic brought, it’s the fact that her old school boss finally managed to embrace the work-from-home structure. Over these past few months, they have been able to get things done even if they are both not in the office.

Hopefully, this set up would allow my mom to not have to travel daily to their office if and when this pandemic is over.

4. Face masks are not all bad.

As a person who wears glasses, I hate that some of my face masks fog up my glasses. However, there are positive tradeoffs for being forced to wear this by law.

First, I can do silly faces and no one cares.

I don’t know if I’m alone in doing this, but for no reason in particular, I do silly faces with my mouth when I’m walking outside at random times. No, it’s not a habit of mine, but because I have to wear a face mask, I thought I’d just have fun with it. I also lip sync aggressively under my mask as well without worrying how people see me.

Second, I feel like I’m less offended by smells.

I sometimes wonder how is it that at some people smell like they’ve been working for 12 hours under the sun when it’s only 9am on my watch. Because it have to wear a mask outside, I no longer need to subtly cover my nose!

Third, I can communicate with my eyes better. 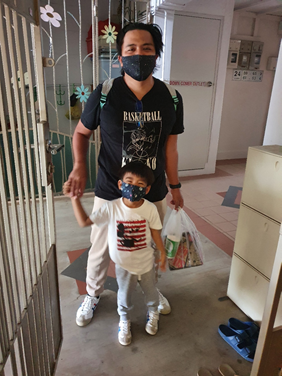 He loses his eyes when he smiles brightly.

Covered mouths prevented us from seeing happy smiles, but I learned that you can feel a genuine smile when you look at a person’s eyes.

When I pick up my kid from school, I would wave to him through a glass door as the teachers do their final checks on him before they let him go. Even if we can’t see our smiles, I’m happy that he knows that I’m smiling at him, and I can feel him smiling back.

Finally, I love that needing to wear a mask means I don’t have to shave everyday.

My facial hair grows really fast, and I tend to shave it when we go out. However, since my face is going to be covered anyway, I get to let it grow until I personally get irritated looking at it. It saves me a lot of shavers.

5. People care more about what the government can do for them.

Throughout my life, I’ve always felt that the national government does not concern me, as whatever they do would not directly affect me as an individual.

However, this crisis showed me just how important it is to have competent leaders to direct their constituents.

Living in Singapore and having family and friends in the Philippines, I was able to see how the response is to this pandemic and comparing the two is like night and day. There’s an endless list of failures I’d rather not get into, but a simple comparison of how the leaders of both countries address their people will tell you why the Philippines is losing this battle to the pandemic. 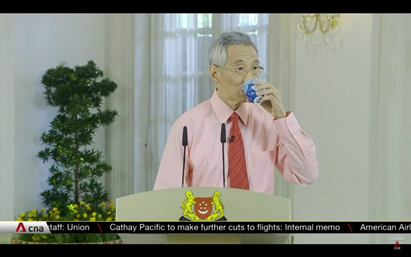 You know you're doing things right when the only thing people laugh about in your address is the tea you're drinking.

Thankfully, as people have more time on their hands now, I can see friends becoming more proactive in criticizing stupid moves and reading into shady political maneuverings (Alan Peter Cayetano’s BTS, anyone?).

It also allowed me to cut off people in my life who are still inexplicably blinded by that crass man living in Malacanang. I am at an age when I understand that I don’t need those kinds of idiots in my life.

I think the inconveniences far outweighs the positives brought about by this pandemic, but I grew up with a family that taught me to understand that no matter the challenge, there’s always something good that comes out of it.

We’ve been forced to a lot of changes, but as a people, we’ve progressed because we adapted.

What did you grow to appreciate over this past year?